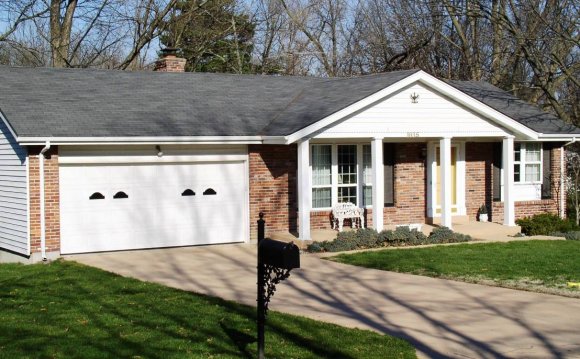 Even so, in later decades 1970s homes were often derided for looking as dated as a footballer with a perm, and lacking the gizmos and gadgets which have become de rigueur.

Now however, as the average size of a new build keeps shrinking, and density requirements make the vertical townhouse the only offer on some developments, suddenly those laid-back '70s houses with all that space both inside and out, look a whole lot more inviting. Open spaces, often light-filled rooms with their larger panes of glass, and a nice big plot - in short, a 1970's house offers precisely the key essential elements that many of today's buyers are looking for.

Ben Bird spent his childhood in a ‘70s house, a four-bedroom home in a cul-de-sac. Now an estate agent he had those years of growing up brought sharply back into focus recently when it came onto the market and he went back.

"Visiting what was then my family home for my first ten years brought back terrific memories of the place. Growing up in a typical 1970s house was a joyful experience for a young family, "he says.

"The development had a number of similar-sized properties which also attracted similar-sized families, which meant lots of friends on tap. Unlike many comparable ‘new' homes the outside space was excellent with generous gardens and garages that were not only large enough to house a car but also bikes, go-karts and so on.

"For a growing family or for someone with a view to extending at a later date, a 1970s house should be considered a strong contender in their choice - even alongside new-builds with their gadgets and gizmos, "says Bird.

Joan Kinniburgh of agents Ball and Percival in Ainsdale which saw much new-build in the decade, offers a good choice of '70s housing stock. She says: "By the 1970s builders were beginning to give buyers what they wanted - like en-suite bathrooms and ground-floor loos. Often over the years owners will have built extensions - it is not unusual to have a road with the houses all different although at the start they were all the same."

On Ainsdale's Tudor Road properties were built on individually purchased plots, Says Ainsdale: "The area became home to local businessmen and builders who designed their own houses. As a result, you can find one-off ‘70s style homes."

1970s houses can offer a blank canvas in which to carve out 21st Century living space. It can be a home big enough to house the Partridge Family. And, unlike many equally contemporary homes built more recently, the reinterpreted 1970s house will generally come with a garden so big you can bounce around on a Space Hopper to your heart's content.

Good read
For more on the history of the homes, interiors, and styles of the decade, see The ‘70s House, by David Heathcote. Publisher: Wiley-Academy, 2005

The way we were

Roll out the barrel with a '70s party - the perfect opportunity to relive the era. Dress code for men: suits with flares, wide lapels and ties, and for women long dresses, especially pinafore type styles with a milkmaid touch, courtesy of Laura Ashley.

This was also the decade of disco - if you're brave try hot pants and a Spandex top, or stretch shiny coloured disco pants in clinging Lycra .

Steven Braggs of website RetroWow (retrowow.co.uk) says when it comes to food, "serve crisps in basic flavours - ready salted, salt and vinegar, cheese and onion - with that '70s party favourite cheese and pineapple on cocktail sticks, and cheese straws and cocktail sausages”.

Braggs adds: "For real authenticity you need Watney's Party Seven or Party Four - but sadly you can no longer buy it. Keg bitter was definitely the drink of the early 70s. 'Classics' such as Watneys Red Barrel (or Watney's Red as they tended to call it then), Double Diamond, Courage Tavern and Worthington 'E' are now out of production.