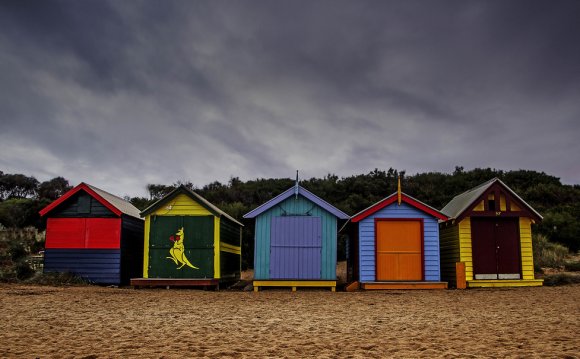 The American Foursquare is probably the most common—and least understood—of all of the houses built after the turn-of-the-century. Most architectural stylebooks ignore it completely. The few that take note of it refer to it merely as “the box” or “the classic box.” And none have chronicled the central role it played in Post-Victorian architecture. Yet this is the house—in its several variations—that is the common denominator in countless neighborhoods across the United States.

Many people refer to the American Foursquare as a “plain” house. Yet the apparent plainness belies the richness of the philosophy and history behind the style. The American Foursquare possesses the simplicity and honesty that epitomizes the turn-of-the-century striving for “the comfortable house.”

The American Foursquare appeared during the first decade of the 20th century, and its popularity lasted well into the 1920s. During this era, although the grand public architecture still paid homage to Beaux Arts classicism, the modest homes of the middle class achieved a simplicity and honesty that had not been seen for almost 100 years. Public taste was undergoing a reaction to the decorative exuberance of the Victorian era, and was seeking a respite in humble materials and unadorned surfaces. This newfound simplicity is evident not only in the Foursquare, but also in such other house styles as the bungalow and Prairie.

The Movement Toward Simplicity

Practical as well as philosophical considerations lay behind the movement away from excessive ornament, and the Foursquare was essentially an inexpensive way to provide large amounts of comfortable living space. A 30-foot by 36-foot house could easily contain four bedrooms, a living room, one or two baths, and ample hallways on both floors. This is to say nothing of the spacious attic under the hipped roof, and the basement.

Although its contemporary, the Bungalows, was chided for being “the least house for the most money, ” the Foursquare was quite the reverse. The square plan enabled a minimum of land, foundation, and roof to enclose a considerable amount of space. Flat unbroken walls, unadorned exteriors, turretless rooflines, and ginger-bread-free porches were less expensive to build and maintain than the picturesque complexities of the Victorian era.

Although plain by comparison with its predecessors, the Foursquare was not without historic elements. Bradford’s &ldquo“Portfolio of Plans, ” a popular builder’s handbook published in 1909, shows a wide range of stylistic influences. A watered-down version of Colonial revival appears to...