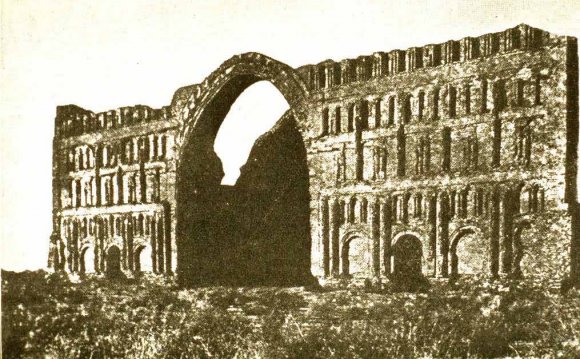 As a new feature of this site, I’ve added a gallery of over 50 of our alumni (those whose status is known to me). Viewing our alumni as a group in the context of this gallery underscores how diverse are the career paths one can follow within and from architectural history, from academia, public and private sector positions to consulting. It is also exciting to see how many are still engaged in pursuits related in some way to architectural history, or that used our program as a springboard for other exciting pursuits.

Click on the Alumni Gallery tab above to view.

The trend towards an increasing number of full-time positions continues with the latest set of career survey data compiled by Dr. Karl Schuler in our department, with 165 positions counted, up from 153 listed Jul. 2014-Jun. 2015 and up from 129 in 2014. This is the highest number since June 2008. Positions involving historical research and evaluation are the most numerous among the five main kinds of positions and account for slightly more than half of all positions, while the Southeast continues to offer the greatest number of positions of any part of the country.

The data can be viewed in the Career Survey tab above.

In my personal statement as an applicant to SCAD’s M.F.A. program in Architectural History (ARLH), I vividly remember writing that what I really enjoyed and wanted in the future was to simply write about our built environment. Little did I know a couple years later I would be logged into a U.S. federal government computer at the National Park Service’s (NPS) Midwest Regional Office, editing, designing, and writing the cover story for their History and National Register Program’s tenth annual newsletter, named Exceptional Places. The newsletter now appears on the NPS’s website and has been sent out to over 400 National Historic Landmark (NHL) stewards and owners within the Midwest region. The newsletter was my primary task to be completed as a NCPE (National Council for Preservation Education) intern during summer 2015 at the NPS’s Midwest Regional Office in Omaha, Nebraska—all while getting to experience the everyday workings of the office’s Cultural Resources Division. I utilized skills learned in ARLH 700 Research Methods in Architectural History at SCAD in determining and accumulating the proper information I needed for my cover story on the Henry Gerber House National Historic Landmark in Chicago, Illinois, which included both primary and secondary research. (It also didn’t hurt to be from a program at an art school, as my Adobe InDesign and creative skills were put to the test in carrying out the overall graphic design of the newsletter.) One method that not only turned out to be an amazing primary research experience, but also an architectural history grad student’s dream trip, was a site visit, as part of an intern business trip, to the Henry Gerber House accompanied by SCAD Architectural History alumna, Alesha Cerny (Historian and NHL Coordinator for Illinois and Minnesota at the NPS). On the way to the site in Chicago, we visited several National Historic Landmarks, as part

of my internship was to learn about the NHL program through visiting properties within the Midwest Region. To name a few: Louis Sullivan’s “jewel box” Merchants’ National Bank, the Amana Colonies, and Mies van der Rohe’s Farnsworth House. I never thought I would be on a private tour of Frank Lloyd Wright’s Robie House and the Charnley-Persky House (also the national headquarters of the Society of Architectural Historians).

But perhaps even more incredible was visiting a newly named NHL: the Henry Gerber House. It is now a private residence in Chicago, which was a boarding house in the 1920s inhabited by Gerber and which served as the meeting place for the Society of Human Rights, the first official organization dedicated to advocating homosexual equal rights in the U.S. and where Gerber published the first homosexual periodical, Friendship and Freedom. Not only did I have the opportunity to interview the current owners and tour the house, but also the chance to see, read, hold, and photograph the newly unveiled NHL plaque that would later be placed outside for the public. It was a fascinating experience writing an article about our nation’s architectural history that was topped off by being in the NPS’s office when the news broke that Secretary of the Interior, Sally Jewell, signed the Henry Gerber House nomination officially giving the subject of my newsletter article National Historic Landmark status.

While the newsletter is definitely something of which I am very proud, the insight I gained into what is possible with a degree in Architectural History and into what specific jobs and skills are necessary for the ongoing stewardship of our nation’s valuable cultural resources was particularly valuable to me as a student deciding on a career path. Architectural History and the Education of Architects ...