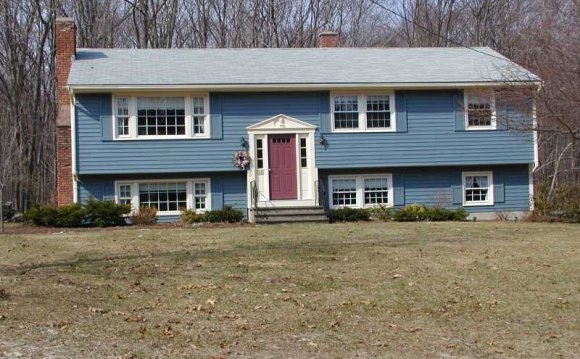 Between the wars, seven basic styles appeared. Details from each became interwoven and, from the amalgam, mainly by “austerity Queen Anne” out of “arts and crafts”, evolved the “State house minimum”. This has been the dominant style of the last 30 years, in which social and architectural planners expressed in a builders' vernacular the achievements of “the practical man” and the Welfare State. The basic styles were: 1. The architect's “arts and crafts” cottage; 2. “L” shape; 3. Speculative builders “Californian bungalow”; 4. “Spanish Mission”; 5. Housing Departments “State house minimum”; 6. “Moderne”; and 7. “Waterfall front”.

The early New Zealand pioneers naturally did their best to preserve close cultural ties with the Homeland, and English influences continued to be reflected in local building styles. After the turn of the century the influence of William Morris (through his teaching against all machine-made materials) and the work of his architect followers are apparent in architect-designed houses throughout the colony. This return to the traditional English rural dwellings for inspiration is marked by a simple composition and contrasts of texture, the craftsman's approach to materials and workmanship, and the use of “cottage style” to create an “Olde World” atmosphere and picturesque, informal homes. In the three-bedroom cottage at Days Bay, Wellington, which cost £1, 000 (c. 1913), designed by F. E. Greenish, the “arts and crafts” style is assimilated and expressed in local terms. The exterior shape is simple–steep, double-pitched, burnt-clay tile roof with the verandah tucked under the eaves, single and grouped casement windows in white plaster walls, and natural timber balustrading and baseboards. The entrance is off the verandah through a “conservatory” into a wide hall; folding doors open into an exposed rafter living room with built-in window seat, cosy inglenook, and simple brick fireplace. The direct use of natural materials, wood, plaster, and clay, and the economical planning of structure and function all denote a major step in house design and the achievement of certain domestic qualities that form a link in the development of a national building tradition.

This period, after the First World War, saw the evolution of the second highlight in our short history–the suburban development of “picturesque romanticism” and “Garden City” landscaping. In Remuera and Epsom, Auckland, and in Fendalton and Riccarton, Christchurch, are traces of a genuine vernacular expression of family life and an integration of house and garden. By developing the whole section to gain individual privacy, full use was made of the land. With fences, hedges, and trees at the boundaries, winding drives and paths, landscaping that unfolded and blended into ivy-covered walls and rustic building materials, porches and conservatories, these homebuilders created a suburban style which had universal charm and appeal. In these suburbs fantasy was functional, the style instinctively applied, not consciously contrived. The result is the achievement of qualities that are common to all good architecture.

An early example of this style is the house in Karori, Wellington (c.1914), designed by J. W. Chapman Taylor, in which the simple “white wall, casement window, tiled roof” form is stated directly without complication or pretension. But the “craftsman” simplicity was lost when the “L” shape later became popular. Superficial “featurism” was expressed in awkwardly proportioned corner and “picture” windows, corbelled gable ends in brick and timber, and heavy boxed eaves. These white-painted houses with red or grey tiled roofs sit self consciously in “seed catalogue” gardens. The front garden as “living space” had thus become an exhibition piece.

The innovators in house design that now began to influence the local scene are American. On the west coast of the United States the Green brothers were pioneering a Californian “craftsman” style which evolved out of the traditional Spanish patio house (Cuthbertson House, 1897). There was an intricate vocabulary of wood details–low-pitched roofs with projecting rafters at gable ends, plank ceilings with exposed rafters and framing, interlocking timber joints, and built-in fittings. By 1913 the Los Angeles Investment Co. were publishing “inexpensive” and “practical bungalow” booklets which made an impact in New Zealand. The result was a sharp design conflict between the architect-designed cottages of the discerning client and the speculative builders' low-cost bungalows, which were readily accepted by the public. In the hands of practical builders the bungalow lost its original strength and robustness and degenerated into and “austerity Queen Anne” villa. The Morris influence had retarded the use of machine-made materials; now the economical and practical advantages of sheet materials became obvious and were used in low-cost housing, with corrugated iron for roofing, flat asbestos-cement sheets for exterior sheathing, and plaster board for internal lining. The latter was imported from North America until 1927 when local manufacturers produced an economical plaster board with pumice core.

The burnt-clay “Marseilles” tiles, favoured in architect-designed houses, were imported until 1924 when they were made locally. After 1910 concrete-masonry blocks were used for houses, and the quality and quantity improved with the new industrial mass-production techniques available in 1952. Bricks had been made in Benhar, South Otago, as early as 1876 and floor and malt-kiln tiles were produced in 1885 by McSkimming and Co., who had been established in the structural clay products industry in the 1860s.