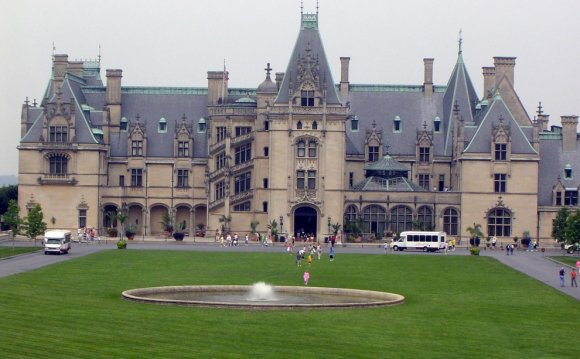 The Italian Renaissance Revival Style, sometimes called the “Second Renaissance Revival Style”, was inspired by 14th and 15th century wealthy Florentine merchant buildings in Italy. Urban palazzo such as those constructed for the Medici family, were used as direct inspiration of the rebirth of the style during the 20th century. The word “Renaissance” means “rebirth”, and designers of the original Renaissance style had studied Greek and Roman building forms and details in order to employ a feeling that a building could display wealth, artist knowledge, and pride. It was during this time, that many designers rediscovered a theory of perfection in architectural design called the Golden Section.

Five hundred years later the style reemerged as architects began to look for new architectural inspiration during the early part of the 19th century. Here in the Pacific Northwest, the Italian Renaissance Revival Style was late to take hold, and can be found mainly during the mid to late 1920s. It was utilized primarily for commercial and civic buildings such as libraries, social lodges, courthouses or banks. However examples can be found on large-scale single family residences and apartment complexes.

Usually rectangular in plan, the style features symmetrical facades, with masonry or stone exterior walls highlighted by cast stone or terra cotta detailing. Often, the formal design is distinguished by a rusticated ground level and quoining at the corners of the main facade. Other distinguishing elements include a strong division of floors by elaborate string courses, which often define the sills of windows; rows of round topped windows made up of two lights under one arch separated by a colonette; and a deep articulated cornice. Windows of a different type are often found on each floor and are commonly highlighted by strongly marked vousoirs, pilasters, spandrel panels or pediments.

Most Italian Renaissance Revival Style buildings have low pitched or flat roofs which are hidden by cornices, short parapet walls or balustrades. Small scale examples such as depots and dwellings, utilize hip roofs with wide overhanging eaves covered in clay tile, which harkens to the Mediterranean roots of the style.