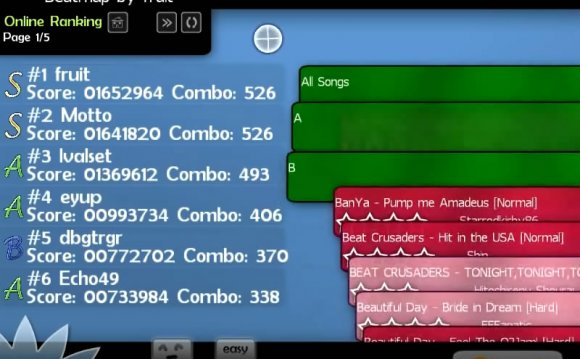 Here is a list of popular questions that we are asked at the University Archives. Feel free to browse the list before you submit a question to our archivists.

In 1986, a new University logo was introduced in the hopes of moving away from the "OSU" symbol, which had been used since 1977. The change from simply "OSU" was said to "reflect the national stature of the institution." University officials wanted the institution to be known as "The Ohio State University, " again, since OSU could also mean Oregon State and Oklahoma State University.

However, the "The" was actually part of the state legislation when the university was renamed in 1878. The following excerpt is from the Board of Trustee minutes:

"...the educational institution heretofore known as the 'Ohio Agricultural and Mechanical College, ' shall be known and designated hereafter as 'The Ohio State University.'"

Those who wanted the name change thought the original name was too narrow in scope, and that it was inadequate for the institution that was the only beneficiary of the land grant act. President Edward Orton was insistent that a new name would separate the institution from other colleges in Ohio.

Legend also has it that "The" was used to show the other colleges which institution was supposed to be the leader in the state - both in size and in financial support from the legislature.

Fred Cornell was a four-letter athlete, a member of the OSU Glee Club, an amateur poet, and the composer of the words toCarmen Ohio. There are varying accounts as to when and where he actually wrote the words. It was either in 1902 on a train coming back from a horrible football defeat in Ann Arbor or in 1903 at the request of the Men’s Glee Club. Both stories agree that it was sung publicly for the first time by the Glee Club in 1903. The word "Carmen" means "song or poem" in Latin and Spanish and "Ohio" comes from an Indian word which means "the beautiful river."

The Cannon Act was a bill introduced in 1870 that established the Ohio Agricultural and Mechanical College (later named "The Ohio State University"). The bill was introduced by Reuben P. Cannon, a member of the Ohio House of Representatives.

Why are the OSU colors scarlet and gray?

A committee of three students decided on the colors for the university during the 1878 Spring Term. The original colors selected for OSU were orange and black. However, because Princeton had already chosen those colors, the committee decided to change their decision to scarlet and gray. Alice Townshend, one of the members on the committee, reported that the colors did not signify anything. Instead, the committee wanted to choose something that was a nice combination and had not been used by any other college.

How did campus dorms get their names?

Many of the campus dormitories are named after former OSU administrators or after celebrated OSU alumni. To find out more about OSU’s housing history and dormitory namesakes, read Halls of Honor.

Orton Hall is constructed of building stone from the state of Ohio. The stone is arranged in the order it exists in the bedrock of the state. The older stone forms the lower part of the building, the newer stone the upper part. The stone work in the entrance hall is also completely from Ohio, including the floor tiles which are made of Ohio clay.

The first Ohio Union is now Hale Hall. The cornerstone laying ceremony for the "old" Ohio Union was held on April 12, 1909. The building opened in the spring of 1911 and was the first student union to be built at a state university and the fourth of its kind in the United States.

The original campus design did not include the Oval or anything similar. However, in 1893 the master plan for the campus proposed a group of buildings around a central open space. The first reference to this space as "the oval" was in 1910. Since then the Oval, approximately 11 acres, has been the scene of a great variety of student, faculty, and alumni activities.

Is Mirror Lake a real lake?

Originally, a spring supplied much of the water for Mirror Lake and was a source of drinking water for both the campus and people living nearby. A city sewer was constructed in the ravine in 1891 on the south side of the lake, but it was so poorly built that the lake and spring disappeared. The sewer was reconstructed in 1892 and water once again flowed through the spring. The increasing coverage of the ground surface by campus buildings and paved areas permanently dried up the spring in the 1920s. After that time, well water, river water, and city water became the sources used to feed water into the lake. The lake holds 91, 000 cubic feet of water.

Maudine was the Homecoming Queen in 1926, nominated by students in the College of Agriculture. However, she was also a Holstein cow! Maudine was chosen based on the disqualification of the other candidates due to voting improprieties. Maudine was even a part of the Homecoming parade, although she was left in the barn during the dance.

The campaign to build Ohio Stadium began in 1920 with the Golden Anniversary of the University’s founding. The Stadium was completed in 1922 as the first horseshoe-shaped, double deck stadium in America. The Stadium was dedicated that year during the OSU vs. University of Michigan game (OSU lost 19-0). 70, 000 fans came to that game, and by the third quarter 10, 000 hot dogs, 70 gallons of coffee, 8, 000 boxes of Cracker Jack, and 70, 000 bottles of pop had been sold. The Stadium is on the National Register of Historic Places due to its historical importance.

According to Mrs. Hayes, Woody’s reference in his speeches to "paying forward" was taken from the poet Emerson’s "Essay on Compensation."

Who came up with Script Ohio?

Script Ohio was first performed by the OSU marching band on October 10, 1936 under the direction of Eugene J. Weigel. The first instrument used to dot the "i" was an E-flat cornet. Four games later the job was given to a tuba player for a more dramatic effect. For more information, please visit the OSU versus Michigan online exhibit.

Where did Brutus Buckeye come from?

In October 1965, students Ray Bourhis and Sally (Huber) Lanyon built a papier-mâché mascot at the Pi Beta Phi sorority house with the help of the sorority members and $50 from Ohio Staters, Incorporated, a student service organization.

The mascot made its debut by walking down the entrance ramp at Ohio Stadium on October 30, 1965, at Ohio State’s Homecoming football game against Minnesota. Soon after, Ohio Staters hosted a contest to name the mascot. Kerry Reed submitted the winning selection, Brutus Buckeye.

Because the papier-mâché Brutus was not durable, Ohio Staters ordered a fiberglass version of the mascot in order to make it more sustainable.

Worst pass in the history of osu!