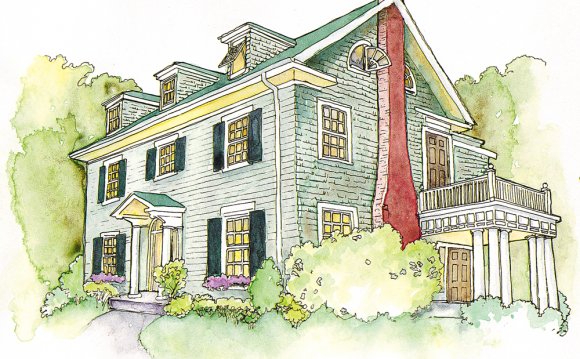 Following the success of their series of posters celebrating iconic structures around New York and around the world, Pop Chart Lab had the idea to go broad on architectural elegance. Their original idea was to highlight all different styles of houses around the world and throughout history. But that proved impossibly ambitious.

"After diving into the research, it quickly became apparent that this wasn't going to be feasible due to the volume of data, " the creative team said. Instead, they decide to focus specifically on single-family residences in the United States from 1600 through today. Because of the single-family stipulation the houses skew suburban and rural but even city-dwellers should recognize architectural influences.