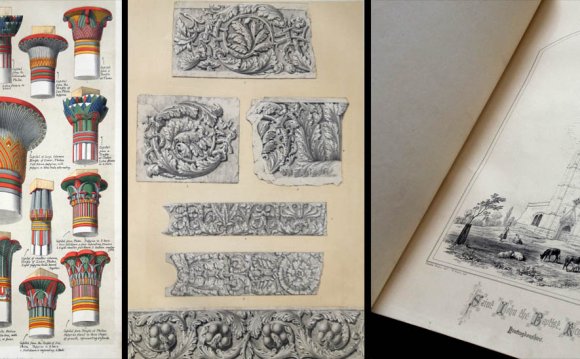 The British Council has launched an open call for exhibition proposals for the British Pavilion at the 15th International Architecture Exhibition, La Biennale di Venezia. The Biennale will take place from 26 May to 27 November 2016.

The Artistic Director for 2016, Alejandro Aravena, has stated that the international exhibition will be about “focusing and learning from architectures that through intelligence, intuition, or both of them at the same time, are able to escape the status quo.” The full statement from La Biennale can be found here.

The British Council is seeking expressions of interest in the form of short concept proposals for the theme and visual language of the exhibition. The proposals should contribute an acute observation of contemporary British architecture. You might critically analyse architectural practice or exemplary work where architecture makes a difference. We are also interested in the means by which these observations will be expressed and communicated to a wide audience, and the discussion that they will generate between professionals and the public.

Commissioner of the British Pavilion, Vicky Richardson, said: “We see the 2016 British Pavilion as an opportunity to take a good look at British architecture in all its forms, whether built work or critical ideas. There are many ways to approach this and we welcome bold and imaginative ideas for the format as well as the content of the exhibition.”

We are looking for an exhibition team which will include an architect and/or designer, and might also include researchers, artists, critics or other interested parties. The team will undertake multiple roles including conducting research and developing an original vision and coherent curatorial narrative, producing or sourcing all exhibition material, producing detailed designs for the exhibition and working with a production team to build it.

Selection will be via a two stage process: -

Stage 1: Initial expressions of interest will take the form of a short, illustrated concept statement. Proposals must be received by 12pm on 11 September 2015.

Stage 2: Three teams will be invited to work up a fully developed exhibition concept, which will be presented to the Selection panel. Final detailed proposals to be received by 5pm, 9 October 2015

The Selection panel will select one team to work collaboratively with the British Council, which will be responsible for project managing the exhibition production and catalogue, and developing the associated programme of events.

The British Pavilion curatorial team will be chosen by the following panel:

A Selection panel chaired by the Vicky Richardson will select the exhibition team through the open call. The British Council and Selection panel are unable to give feedback on non-shortlisted proposals. The panel are:

Eddie Heathcote, Architecture and Design Critic for the Financial Times

About the British Council

The British Council is the UK’s international organisation for cultural relations. We build engagement and trust for the UK through the exchange of knowledge and ideas between people worldwide.
The British Council’s global arts team works with the best of British creative talent to develop innovative, high-quality events and collaborations that link thousands of artists and cultural institutions around the world, drawing them into a closer relationship with the UK.
The Architecture, Design, Fashion department develops exhibitions, seminars, workshops, collaborative projects, educational initiatives and specialists’ visits to the UK in conjunction with our colleagues and partners in over 100 countries. We also provide information on British architecture, design and fashion across the globe.