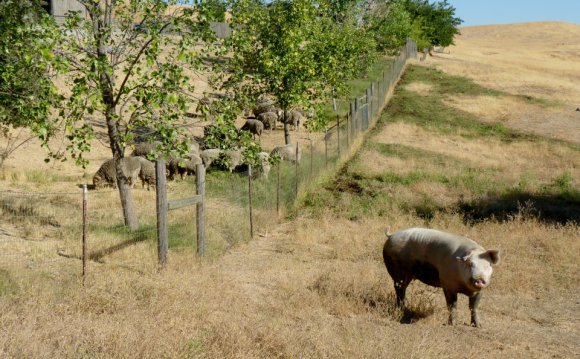 In Latin the word villa means simply, "farm", so technically villas were any form of rural agricultural dwelling built in a Roman style. In practice, though, when we speak of villas we mean the country estates of the Romanised British elite. Although at first the conquered tribal aristocracy may have been drawn into towns, it wasn't long before they began a "back to the land" movement.

Most large villas are built quite close to major urban centres, generally within ten miles, so the owners were never very far from the centre of affairs. Villas were more than fancy houses, though; they were centres of rural industry and agriculture. In one complex they could hold the landowner and his family, overseers, labourers, storehouses, and industrial buildings. Although some may have been strictly the centre of large farms, others included industry in the form of pottery and metalworking.

Although villas are not unknown in the north of England, by far the largest number were constructed in the fertile lowlands of the south east, particularly in Kent and Sussex.

Roman building falls into two major eras; immediately post-conquest most houses and public buildings were built in timber on stone or wooden foundations, and in the 2nd century were rebuilt in stone.

Individual houses were as different then as they are now, but the villas followed some general patterns. Most were one story in height, based on a stone foundation, and capped with slate or clay tiled roofs. These villas also boasted some creature comforts which would not be common to England again for over a thousand years after the end of the Roman era. Mosaic or marbled floors, painted plaster walls, and central heating were not unknown, especially in those villas owned by government officials.