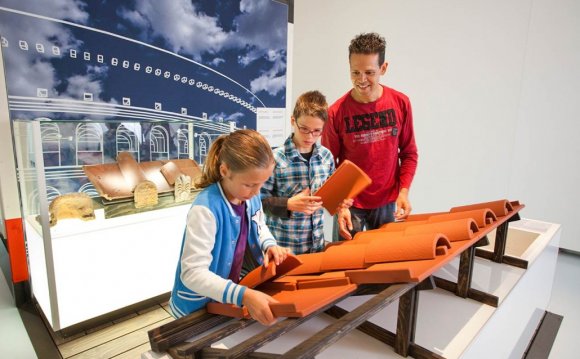 The ideal Roman city plan was based on a regular grid of streets, dividing up square building plots or insulae. In the central insula was the forum, or market square – with a basilica, or great hall, running the length of one side of the square, and the council chamber and civic offices adjoining it.

In forts like Chesters and Housesteads on Hadrian’s Wall, the central headquarters building was a small-scale version of the civic forum-basilica. Here, soldiers collected or banked their pay, the administration of the unit was carried out, and the commander could address his troops.

By the mid-2nd century AD, many of the 22 Roman towns in Britain had a full set of the public buildings that defined Roman settlements elsewhere: not just the forum and basilica but also bathhouses, temples and amphitheatres, as well as shops and offices.

The wealth and enthusiasm of British town councillors did not always live up to the Roman ideal, however. Not all street grids were filled with buildings, and public edifices were not always maintained in the later Roman period. Indeed, the rich seem to have preferred to move to the country and develop large private estates, rather than invest in urban public buildings. While great defensive walls were built around the cities, inside them the buildings were crumbling.