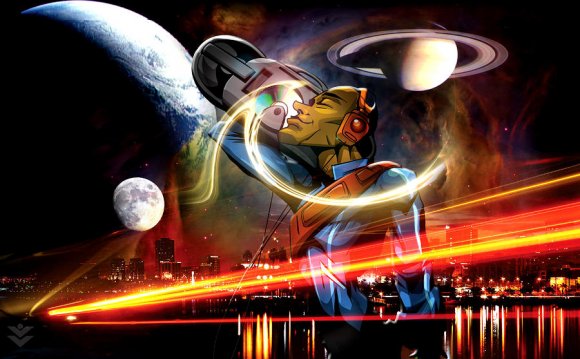 In the years after World War II, much of Europe was being rebuilt. The darkness of the war still hung like a pall over life and memory, and even though the old powers had been swept away, new rivalries were already setting conflict into motion on the world stage. The art world, in particular, was trying to look forward, and it needed a way to feel hopeful for the future.

Artists Heinz Mack and Otto Piene met in school in the early 1950s, and struck up a partnership aimed at wiping the slate clean in their art. They — and eventually their colleagues — would go on to collaborate often in the subsequent years, experimenting by embracing new materials and incorporating technology into new forms of abstract and kinetic art. By 1957, their movement took the name ZERO, and with an international network of artists in tow, they set out in unified rejection of the dominant styles of the day.

"There was a desire to express this new feeling for speed."

The name ZERO is intentionally meant to recall the countdown sequence during rocket launches. As Piene explained in 1964, it represented "a zone of silence and of pure possibilities for a new beginning as at the countdown when rockets take off." During the Guggenheim Museum's unveiling of the ZERO exhibition in New York, the 83-year-old Heinz Mack told me that the movement was a direct reaction to the promise of technology and speed.

During this period, ZERO artists sped away from traditional forms of expression and even color, and instead made use of nails, fire, light bulbs, motors, and mirrors in their work to play with how we experience space, time, and aesthetics. Tools that were originally designed to destroy during wartime were often re-appropriated to create. ZERO network artist Yves Klein, for one of his many fire paintings, had a female model apply water to laminated fiberboard using her entire body. He then burned off the water with a flamethrower, leaving silhouettes of the model's body on the board. And Klein is just one of more 30 artists being showcased at the museum, all of whom tried to use technology to play with nature. As short as the movement was, they did some incredible things.
Source: www.theverge.com