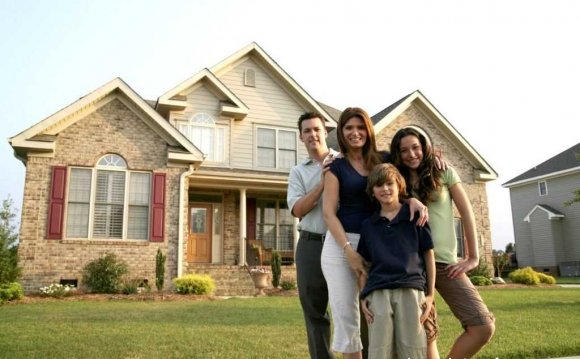 A potpourri of influences from Spain, Italy, Portugal and other countries around the Mediterranean region of the world can be found in the architectural style that today bears the same name.

Mediterranean architecture in North America, which was extremely popular from 1918 to 1940, echoed the haciendas in the Spanish New World with their red tile roofs, arches and plaster made rough to resemble plastered adobe. Many homes in California and Florida, states which have Spanish histories, were built in this style.

Over time, flourishes from other European countries (France, Italy, Greece and the Balkans), could be found in the houses. Asian inspirations from Turkey, Cypress and Lebanon joined North African countries like Tunisia, Morocco and Algeria in the mix.

Today, many ornate homes that combine elements from any of those countries are called Mediterranean (or Neo-Mediterranean) because of the composite of cultural influences from that region. Houses may feature terraces or courtyards, stucco finishes, porticos, balconies or any number of elements inspired by houses on the Mediterranean.

“Some of the earliest Mediterranean is Churrigueresque, ” says Merry Ovnick, associate professor of history at California State University, Northridge, explaining that the Spanish Baroque styles in grand buildings stemmed from Mexico and Peru. “In the 1920s, people didn’t want to talk about copying Mexican things, so they called it Spanish revival. Houses with classical columns around the driveway picked up from northern Italy. The greater formality came from Italy or North Africa.”

The Depression put a damper on home building, and after World War II, the emphasis moved to simple stucco tract housing. But in the 1960s, Mediterranean homes began gaining in popularity again. While they can be found across the United States, most are in California, Florida and Southern states, all of which have Mediterranean-like climates.

Spanish clay roof tiles are designed for warm, dry climates. Mediterranean houses in cool, damp climates like the Pacific Northwest or snowy areas will need to have the tiles coated for moisture and the cold. These roof tiles, heavier than regular shingles, can last for a century or more, and are usually low-maintenance.

Kitchen walls in Mediterranean homes are often plastered with lime to allow the walls to breathe. If this is the case in your home, the walls may need to be renewed every year with a fresh coating.