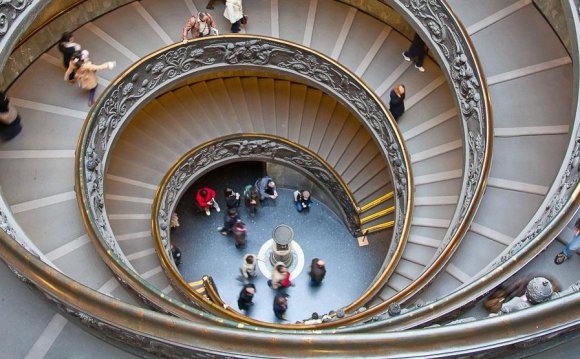 Roman art includes architecture, painting, sculpture and mosaic work. Luxury objects in metal-work, gem engraving, ivory carvings, and glass, are sometimes considered in modern terms to be minor forms of Roman art, although this would not necessarily have been the case for contemporaries.

When the Republic was founded, the term Roman art was virtually synonymous with the art of the city of Rome, which still bore the stamp of its Etruscan art; during the last two centuries, notably that of Greece, Roman art shook off its dependence on Etruscan art; during the last two centuries before Christ a distinctive Roman manner of building, sculpting, and painting emerged. Never-the-less, because of the extraordinary geographical extent of the Roman Empire and the number of diverse populations encompassed within its boundaries, the art and architecture of the Romans was always eclectic and is characterized by varying styles attributable to differing regional tastes and the diverse preferences of a wide range of patrons.

Roman art is not just the art of the emperors, senators, and aristocracy, but of all the peoples of Rome's vast empire, including middle-class businessmen, freedmen, slaves, and soldiers in Italy and the provinces. Curiously, although examples of Roman sculptures, paintings, buildings, and decorative arts survive in great numbers, few names of Roman artists and architects are recorded. In general, Roman monuments were designed to serve the needs of their patrons rather than to express the artistic temperaments of their makers.

While the traditional view of Roman artists is that they often borrowed from, and copied Greek precedents (much of the Greek sculpture known today is in the form of Roman marble copies), more recent analysis has indicated that Roman art is a highly creative pastiche relying heavily on Greek models but also encompassing Etruscan, native Italic, and even Egyptian visual culture. Stylistic eclecticism and practical application are the hallmarks of much Roman art.