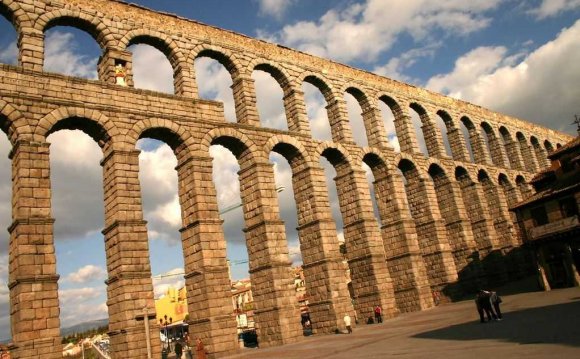 Although remote in time and place, the Romans offer an interesting perspective on the current controversy about monuments relating to our Civil War, especially the Confederate monuments in Graham, Raleigh and so many other North Carolina cities. The debate is becoming more heated: Should the state remove the monuments to cease commemorating a slave-owning society and efforts to sustain that unjust system? Or should it preserve them, in the most altruistic arguments, as necessary but painful reminders of man’s inhumanity to man and our proclivity to grasp and hoard privilege?

The Roman phenomenon of memory sanctions may provide some guidance.

The Romans built a glorious civilization on a commitment to virtue, service to the state and a quid pro quo relationship with the gods. Intensely competitive, they were keenly aware of fame and monuments. The historian Sallust declared, “Since the life that we enjoy is short, we must make our memory as long as possible.”

Throughout Rome’s former empire, archaeological sites and museums abound with monuments celebrating men and women who contributed to their society by military might, administrative acumen, financial resources and sheer hard work. Most of us know this illustrious history, gleaned from Rome’s inscriptions, coins and gems as well as statues, triumphal arches, columns and literature. Less obvious is the destruction Rome endured, although many know some high – or low – points: Romulus slaying his twin brother Remus at Rome’s foundation; the bloody civil strife and civil war that, tearing apart the Republic, pitted Caesar against Pompey and Mark Antony against Octavian; and the lethal backstabbing within the imperial court caused by the paranoia of various emperors like Nero.

We know this ignominious history because the Romans understood that negative lessons were as significant as positive ones. Livy wrote his monumental 142-volume “History of Rome” in part so readers could select for themselves what to imitate and what to avoid. The Romans also developed a way to designate monuments as negative exemplars, so as to remember, through pseudo-obliteration, individuals deemed notorious. Often dubbed damnatio memoriae, this official practice could erase a name from an inscription or chisel away a portrait on a bas-relief while carefully leaving traces of the letters or a void in the depiction to demonstrate that something had been removed.

This could occur for anyone the state might deem “criminal” at some time. For instance, both the Arch of Septimius Severus and the Arch of the Argentarii in Rome display clear signs that Severus’ son Geta was removed from inscriptions and reliefs after his older brother Caracalla jealously killed him in their mother’s arms and then suppressed his memory.

George Orwell’s famous quote, “History is written by the winners, ” emphasizes the constant struggle of people and societies that is our human condition. The Romans knew well that winning was never ordained, despite the phenomenal success of rituals to ensure the gods were on their side. Capricious fortune could overturn the best strategies and the most experienced generals in a heartbeat.

Although the Romans ultimately “won” the Mediterranean basin and much of Europe, they lost innumerable battles, people and resources in the process. The great historian Polybius in fact saw this as Rome’s peculiar strength: He concluded that the Romans won control of the whole known world because they continually adopted reforms from knowledge gained from disaster.

Our own society, like that of the Romans, has been formed as much from failures and degradations as from victories and refinements. What should we do with the Confederate monuments in our midst? Should we simply erase a painful, shameful past? Or is there a way to preserve a monument from that past but mark it as a negative example, as the Romans did?

The recent rash of graffiti strikes me as an American, populist memory sanction, although as a historian I abhor disfiguring any monument. In any case, history shows us that we must know our past in order to move through our present, and into our future.

Ancient Roman Monuments - The Wonders and The People