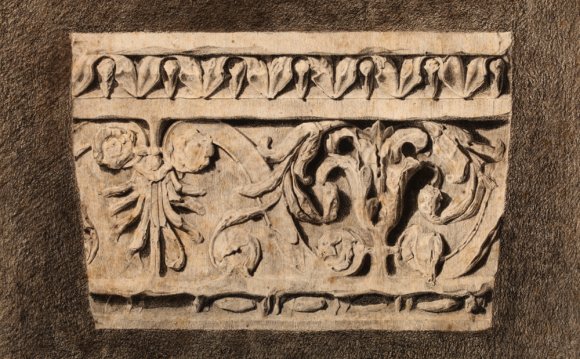 Like art and other aspects of Ancient Roman culture, early Roman architecture borrowed heavily from Greek architecture. However, the Romans quickly adapted their own styles and were soon inspiring the architecture of many other countries.

Roman architecture is noted for a number of reasons, including:

One of the most important additions that the Romans brought to architecture is the arch, which was originally borrowed from the Etruscans. Using concrete, bricks, and the concept of the arch, Rome was able to provide many of its citizens with water. Aqueducts (water bridges) were built throughout Rome, their arch structures bringing water to areas far away from natural water supplies.

The arch quickly led to the dome ceilings used in many houses and buildings. Because arched and domed structures can share weight evenly, the concept was soon being used throughout the city and around the world.

The Romans used brick and marble to compose many of their buildings. The Roman amphitheater is a great example of a unique Roman structure. These large buildings were used for gladiator fights, chariot races, public executions, and other events. Approximately 230 amphitheaters existed throughout Rome, and some could hold as many as 60, 000 spectators. Built from stone, the amphitheaters were typically shaped like large ovals. Some had more than one level of seating, and many looked somewhat similar to a modern day football stadium. The largest amphitheater in the world, the Colosseum, is located in Rome.

The Roman Forum, on the other hand, was also made of stone, but was shaped like a large rectangle. This structure served as a type of Town Square, and was often used for elections, public speeches, and trials.

Another building where many Romans spent time each day was known as the Thermae, or the bathhouse. Used for socializing, bathing, quietly reflecting, and even gossiping, these buildings were located in each town. Most would have at least three rooms, one each for hot baths, warm baths, and cold baths.

In the middle of the entire complex stood an open yard, known as the atrium. Here the Romans could exercise, wrestle, or just sit and think. Each Thermae also included various gardens and other rooms.

Roman temples provide another glimpse at their sophisticated architecture. Some of these buildings likely survived longer because of the religious and spiritual connections that citizens felt. While many important Greek structures from the time may have looked similar from various angles, Roman temples, among other structures, had a definite front, which included much more detail than the rest of the building.

Many of the temples used the columns seen in Greek structures. The front of the structure, though, would typically contain some type of tribute to the temple’s specific god or goddess.

Rome contained many buildings that were similar to today’s apartment complexes. Because living in Rome was much like living in New York or London today, these types of stone buildings were required to accommodate as many residents as possible.

Wealthier families, and those who could afford houses, typically built them around atriums like the ones found in the bathhouses. The rooms inside of the houses usually contained painted plaster walls and may have had walls and floors featuring mosaics (small pieces of stone or glass).

Many of the houses had pipes, which carried water into the home, in addition to underground heating systems. The homes’ exteriors were built of stone, and many were able to survive for centuries.

One other notable aspect of Roman architecture is that works of art were often carved into the walls of the city’s stone buildings. Pictures of famous Romans, epic battle scenes, and other impressive artistic feats were preserved in homes, buildings, and public structures throughout Rome.

Tilt down from ancient Roman building to small fountain in ...