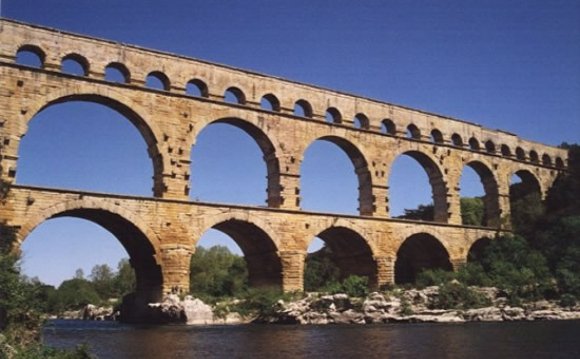 "The largest and most famous Roman amphitheater”

Your first stop will be at one of the most recognizable monuments in the world and the symbol of Rome: the Coliseum.

Considered one of the greatest examples of Roman architectural and engineering achievements, the elliptical amphitheater is on the list of Wonders of the World. Built in 72 AD by Emperor Vespasian over an area that once was Nero’s Golden House, it is estimated that it required over 4, 600, 000 cubic feet of travertine stone blocks set in place without mortar, but held together by 300 tons of iron clamps.

An engineering feat, the Coliseum was engineered to seat up to 50, 000 spectators and was primarily used for gladiatorial games and other public spectacles such as animal hunts, re-enactments of famous battles, mock sea battles, mythological plays, and executions. On this visit you have the opportunity to enter the Coliseum where all the action took place for nearly 4 centuries!

Nearby is the remains of the first and largest stadium for public games built in the entire Roman Empire, and the model that inspired many more since. At over 2, 000 feet long and nearly 400 feet wide, it easily accommodated 150, 000 spectators.

Today, all that survives is the outline of Circus Maximus with the spina in the center, and it’s transformed into a public park with a spectacular view of the once prestigious Palatine hill behind it.

From here you will visit the bath complex that certainly inspired awe in in the ancients themselves. Italians’ love for thermal baths and recreation dates way back to the days of Ancient Rome. The Baths of Caracalla were not just thermal baths, but the most impressive and well preserved surviving example of an Imperial bath and recreational complex in Antiquity.

Throughout an intricate two level subterranean network of rooms and passageways were service areas that operated the baths, and systems that drained liquid waste into sewage channels.

The interior of the baths was once richly adorned with architectural opulence that included 252 columns - some 16 of which weighed approximately 50 tons.

Many priceless columns, sculptures, mosaics and statues that once belonged inside the baths can be found scattered throughout Italy in churches, piazzas, buildings and museums.

Aside from bath areas, the complex also included large public libraries in Greek and Latin, gardens, and shops. Business meetings were often held here in conference rooms. For Ancient Romans, bathing was not just a normal function of cleanliness and relaxation, it was also a common way for people to connect, network, and conduct business.

“All Roads Lead to Rome”

There is truth in that during ancient times, “all roads lead to Rome”, as Romans were excellent road builders...and Via Appia (Appian Way) is testament to that. Named after the magistrate who initiated its construction, Appius Claudius Caecus, the road was built to connect Rome to Capua at a time when the region of Campania was forming a joined political existence with Rome.

Built in 312 B.C., Via Appia is remarkably straight with few exceptions due to topographical factors. Along the way, “pit-stops” were created where horses could be changed and travelers could eat and rest.

The Ancient Appian Way is impressively well preserved where you can get an overall idea of what an ancient Roman road used to be like. Within the original stones, you can see the grooves created by chariot and wagon wheels that traveled through here for centuries.

Lunch will be at a traditional Italian restaurant or trattoria for an authentic Italian culinary experience.

After lunch we will continue to the Park of the Aqueducts.

Bringing fresh water to Rome helped the city grow and flourish, and this was done through the incredible achievements of aqueducts.

Roman engineers understood the principles necessary to allow water to move uphill and downhill through the aqueducts as it traveled long distances. While large portions of the aqueducts were underground, some were above ground, especially as the aqueducts neared the city of Rome.

In the Park of the Aqueducts you can see the majestic beauty of what remains of some of the seven major aqueducts recognized by their distinguished arches that supported the flow of water.

"the temple to all gods”

Our next stop is in the Piazza della Rotonda to visit the Pantheon, one of the most impressive architectural monuments of Ancient Rome. After nearly 2, 000 years, this ancient monument is also the longest in continuous use, its survival due to its exceptional strength and stability, and its 7th century conversion into the church of St Mary of the Martyrs.

One fascinating historical fact about the Pantheon is that the building we see now is the third Pantheon that was built on this spot: the original built by Marcus Agrippa in circa 27 AD but burned in the great fire of Rome in 80 AD. The second Pantheon was rebuilt by Emperor Domitian, but it was struck by lightning 30 years later and burned down as a result.

The current Pantheon was built by Emperor Hadrian in 125 AD and dedicated to its original builder, Marcus Agrippa - the dedication inscription can be boldly seen on the front.

What the Pantheon is most famous for is its impressive dome that has inspired architects for centuries. It was also the largest concrete dome in the world until the 1958 CNIT building in Paris. In the center of the coffered dome is the oculus, a round opening that allows light and the weather to enter inside the circular interior.