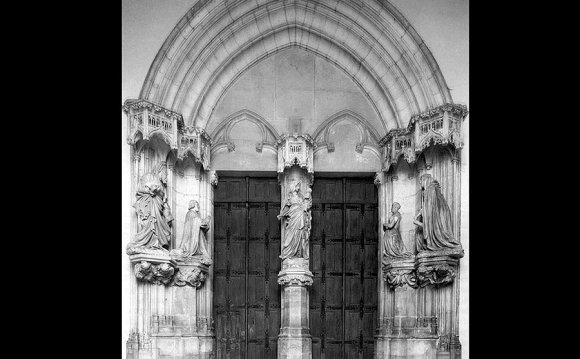 During the last decades of the XVIIIth century and for almost the whole XIXth century the views of J. J. Winckelmann (Reflections on the Painting and Sculpture of the Greeks) were regarded as absolute truth; according to them, Greek art of the period 480-323 BC (Classical period) was the peak reached by the Ancient World: what came after was called Hellenistic and dismissed as decadent.
This negative view included the works of art of the Roman Empire which were thought to be just copies of the patterns established during the Classical period. When they departed from those patterns they were labelled as extravagant and lacking harmony.

The recognition Ancient Romans did not receive from art historians came from modern engineers who investigated and admired the construction techniques the Romans used to build roads, aqueducts, baths, tribunals, circuses, walls and obviously temples and houses.

The Romans learned from the Etruscans the use of arches to make large openings in a wall; the gates of the Etruscan towns (see for example Arco Etrusco at Perugia) show the first examples of arch. The laws of Physics explaining the conditions required for an arch not to collapse were not fully understood until the XIXth century; yet the Etruscans, and after them the Romans, developed empirical methods for designing arches which still stand more than 2, 000 years later.

The key element for building an arch is the solidity of its side walls which have to withstand the pressure discharged by the keystone through the voussoirs to the springers.
Centina (centring) is the wood structure upon which the stones of an arch were laid during construction.

An important aspect the Romans paid attention to was the choice of materials: travertine proved to resist stress with limited strain and was widely employed to build arches. Roman architects found also a way to link the arch to the wall which was both effective from a structural viewpoint and decorative from an aesthetic one.

What the Ancients Knew: Roman Architecture