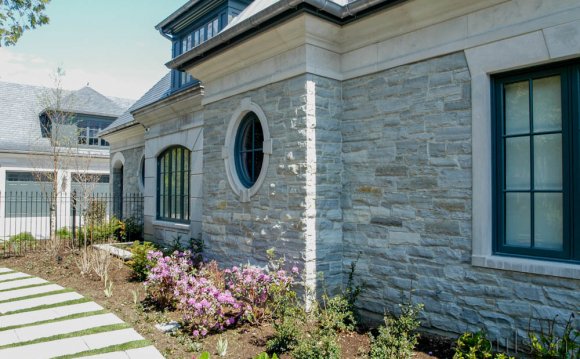 In England, Saxon churches still survive in some places, the oldest example being the Church of St Peter-on-the-Wall, Bradwell-on-Sea. But with the Norman conquest, increasingly the new Romanesque churches, often called Norman in England, became the rule. These were massive in relation to the space they enclosed, their walls pierced by windows with semi-circular arches. Internal vaulting used the same shaped arch. Unsupported roofs were never very wide. Yet some of these buildings were huge and of extraordinary beauty. The Abbey church of St. Mary Madgalene at Vézelay in Burgundy and Durham Cathedral in England are two very different examples of this form.

The next development was due to the mobility of the master masons whose work this was. They followed the Crusades and built their own churches in the Holy Land, most notably the Church of St. Anne in Jerusalem. However they also noticed that the local Muslim architecture deployed the much more flexible two-point or Gothic arch. The semi-circular arch was heavy and, in spite of this, resulted in weaknesses when two barrel vaults intersected. The 'gothic arch' on the other hand was stronger and could be used to make for wider unsupported spaces.

Thus there came to Europe, first the narrow, lancet window, often found in pairs or triplets, called in England the style (here seen at Salisbury cathedral). Examples of parish churches include Eaton Bray in Bedfordshire and West Walton in Norfolk; it is most commonly found in the south eastern counties. The style was spare, simple and monastic in character with little carving The period is reckoned by Pevsner to run from about 1190 to 1250. In spite of its name the style was at one time called the French style and it is to be found all over the British Isles.

By the late thirteenth century more daringly ornate styles of tracery were tried - the so-called, dating from 1290 - 1350. Initially geometric, using circles as well as the two point arch, it derived from the French Rayonnant style. However, it slowly became more daring and flowing; the name curvilinear has been ascribed to it. Windows became larger, increasing the number of mullions (the vertical bars dividing the main part of the window) between the lights; above them, within the arch of the window, the tracery was formed using shapes styled 'daggers' and 'mouchettes', trefoils and quadrifoils; completely circular rose windows were made, incorporating all manner of shapes. More formal reticulated (netlike) tracery can also be found, as in Wells Cathedral. Exotic forms included the ogee arch, in which the curves of the arch are reversed in the upper part thus meeting at an acute angle at the apex; others included so-called Kentish tracery with its insertion of spikey points between the rounded lobes of trefoils and quatrefoils. Larger windows inevitably weakened the walls which were now supported by large exterior buttresses which came to be a feature. Columns forming the arcades within churches of this period became more slender and elegant, the foliage of the capitals more flowing. Examples of the earlier form include the choir and chapter house of Westminster Abbey and the north transept of Hereford Cathedral; later forms include the nave of York Minster. The octagon at Ely, a timber framed lantern tower over the crossing, demonstrates the adventurousness of the developed style. But it can be seen in parish churches from Snettisham and Aylsham in Norfolk to Beverly in Yorkshire and Madley in Herefordshire. There were undoubtedly many more examples but many were replaced by later developments.

Finally, the style (so-called because the mullions and transoms were vertical and horizontal) allowed huge windows, often filled with stained glass. The style, so described runs from about 1330, initially in parallel with the Decorated style, until 1530. Sometimes criticised as over formal, the spaces allowing for glass were huge. Another feature was that doorways were often enclosed by squared mouldings and the spaces between the moulding and the door arch - called spandrels were decorated with quadrifoils etc. Ornate stone ceilings, using so-called fan vaulting, made for huge unsupported spaces. King's College Chapel, Cambridge has magnificent specimens of these. Meanwhile, the Lady Chapel of Ely Cathedral has an unsupported stone ceiling approximately 30 feet by 80 feet, using a star formation of lierne vaults and bosses.

The late mediaeval period saw an unequalled development in church architecture in England. Walls became thinner; solid buttresses became more elegant flying buttresses surmounted by pinnacles; towers, often surmounted by stone spires became taller, and more decorated, often castellated; internal pillars became more slender; unsupported spaces between them wider; roofs, formerly safely steeply pitched became flatter, often decorated with carved wooden angels and a bestiary, where they were steep they were supported by carved hammer beams; windows occupied more and more of the wall space; decorative carving more freely flowing; figures multiplied, particularly on the west fronts of cathedrals and abbeys. Finally with the cessation of the wars with the French and the apparent ending of the Wars of the Roses with the return of Edward IV in 1471, there was more money around so that new buildings could be put up and existing buildings enlarged. "Hardly had such towers risen on all sides; never had such timber roofs and screens been hewn and carved..." (Harvey) This is the period of the building of wool Churches like Long Melford and Lavenham and of King's College Chapel in Cambridge.

The interiors of mediaeval churches, apart from their many altars and stained glass (which, of course can only be properly seen from inside) had their purpose made visually plain by the almost universal presence of roods, huge figures of the crucified Christ, high above the congregation, mounted on a rood loft at the chancel arch -with steps to enable the priest to climb up; something which no one could miss. A wooden rood screen beneath might have painted on it figures of the apostles and angels.

With the reign of Henry VIII all of this was to be first put in question and then to come to a shuddering halt. On his death, and the accession of Edward VI almost all of the internal decoration was to be destroyed. The chantries and guilds which supported them became illegal or their functions taken from them. Images were removed, Saints' days massively reduced. The Churches echoed to the sound of hammer blows as stone altars and images were smashed, glass broken, font covers and roods and their screens torn town and burnt. Thereafter they became empty places on weekdays. Those who had formerly been benefactors were more wary, given the changes of direction of governmental policy which was to last more than 150 years. They spent their money on great houses instead.