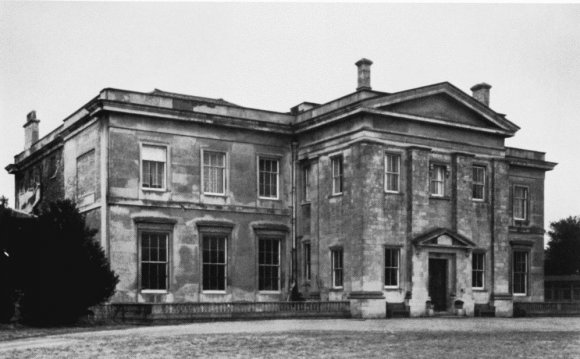 REVIVALS IN NINETEENTH CENTURY ARCHITECTURE: Successive and simultaneous revivals of historical styles are symptomatic of a desire for a stable and continuing tradition in the midst of the revolutionary changes of the industrial age. The neo-Classical (Roman and Greek) revivals were paralleled and followed by a romantic neo- medieval revival; these styles continue throughout the century. The revivals of Renaissance and Baroque are somewhat more limited.

THE PITTSBURGH COURTHOUSE AS EXEMPLAR OF NINETEENTH-CENTURY REVIVAL ARCHITECTURE. One can enjoy the Pittsburgh Courthouse of H.H. Richardson immensely just from looking at it, and it is very rewarding. But to "unlock" the richness of the Courthouse, you would need to think about it as the nineteenth century would have thought about it: its architect Richardson, the Allegheny County Commissioners who were the patrons of the building, the way the architect sought to convey the function of the building, and about its iconography (the meaning that is conveyed through its visual "text"). Columns, for example, instantly evoke Greece and Rome, and what they stand for: antiquity, justice, reason, imperial power. Gothic towers evoke the Middle Ages: Christianity, faith, emotion, mystery, the supernatural. (Hollywood probably learned how to use the latent symbolism of architecture better than anyone.)

Henry Hobson Richardson (1838-1886) exemplified a creative use of historical style that became known as "Richardson Romanesque." His plans reflected the differentiation of function in each unity; particularly in his early works, spatial units were arranged in imaginatively asymmetrical designs to open onto each other with increasing freedom. At the Pittsburgh Courthouse, Richardson was more strongly influenced by classical architecture, and he produced a fully symmetrical oblong design. The plan reflects Renaissance palaces, while the elevations (the wall designs) owe much to Romanesque and Gothic precedent. Richardson's Romanesque vocabulary was generally consistent with his basic principles of architectural planning: aggregation of simple units and emphasis on the massiveness of construction in stone. Richardson always stressed the positive contribution of natural materials to the design: gigantic rough-hewn granite blocks, brought to Pittsburgh pre-cut from Massachusetts.

When we understand the function of the Courthouse, Richardson's aesthetic ideals, the physical and social context in which the building was conceived, the idea or image of Justice held by post- Civil-War America, and the technology of the building's construction, then we are far along in the history and analysis of the monument. But that analysis is in one way incomplete: nineteenth-century architecture (but architecture in virtually every period, really) was a public art. A major building, especially the most important building in town, could not exist as an architectural orphan. An amateur builder or an overbearing patron can always put up an eccentric building that cares little about prevailing architectural style. (Indeed, our own Frick Fine Arts Building is such an example: does it look typical of buildings erected in 1965?) But every building by a professional architect is part of a dialogue with what went before, and possibly with what came after it. The Pittsburgh Courthouse is probably the second most imitated building in the country, after Independence Hall. Even Frank Lloyd Wright recalled it, in his 1959 design for the Marin County Civic Center in California.

So a complete understanding of the Courthouse means we have to go outside Pittsburgh, even outside the United States, to understand where the building "fits" as a nineteenth-century building. We can, and must, apply FACIT analysis not merely to a building but to a whole architectural style. Here we find three observations of interest:

1) The nineteenth century continually lamented the fact that it had no style of its own: it seemed a prisoner of earlier styles, particularly Greek-based and Gothic-based.
2) The nineteenth century never came to terms with two revolutionary building materials it had spawned: steel and glass. It used them, but could not acknowledge them as "proper" architecture.
3) Freedom from architectural constraints. All architecture throughout history had been constrained by local conditions: local building materials, local workmen and their traditions, local taste, specifics of the local climate (hot or cold, dusty or damp, daytime and nighttime), local architectural iconography. But the nineteenth century was the first period of architecture to begin to free itself from such constraints.

The nineteenth-century architect was liberated from purely local materials: the Pittsburgh Courthouse uses nothing local: the exterior granite is from Massachusetts, the interior limestone from Indiana, all brought by railroad). No longer need the architect pay heed to the local climate: heating, ventilating, air-conditioning, plumbing, and lighting created a completely new artificial climate for the first time in history. Local workmen could be supplanted by outside crews: the builder of the Pittsburgh Courthouse came from New England, and most of the material was prefabricated anyway. The invention of photography, and the proliferation of books and magazines on architecture meant that style had become universalized. "Local" architecture had come to an end: what was to replace it?

Looked at this way, we see infinitely more to the Pittsburgh Courthouse than what is visible from the corner of Forbes and Grant streets.