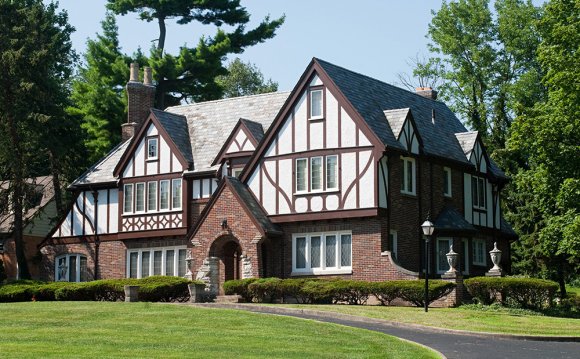 Thanks to their steeply pitched, multi-gabled roof lines and decorative half-timber framing, Tudor homes are one of the most recognizable on the American landscape. Built largely during the first half of the 1900s, Tudor homes can be found in well-established communities throughout the U.S.

“As businessmen began coming into money, whether through rail, lumber or steel, they set about building distinctive and magnificent homes. Tudors often fit the bill, ” explains Victor Saroki, of Victor Saroki and Associates Architects in Birmingham, Mich.

But not all Tudors are grand mansions. More modest interpretations of the style are just as prevalent - and just as popular. Practically all, however, are asymmetrical structures dominated by imposing roof lines.

“These homes were designed to work with the environment in which they originated - England, ” notes Saroki. Steeply pitched roofs are ideally suited to climates with a lot of rain and snow, which is why so many appear along the East Coast and throughout the Midwest.

Because these homes are built from noble materials, what Saroki refers to as “lifetime” materials, they tend to hold up very well. “But just as a body needs periodic maintenance, so does a Tudor home, ” he says.

Multiple gables with intersecting roof lines can mean multiple leaks and numerous headaches. Check the interior thoroughly for water damage and inspect the roof’s integrity. The same holds true for the dormers, which are built into roof lines and prone to leaks.