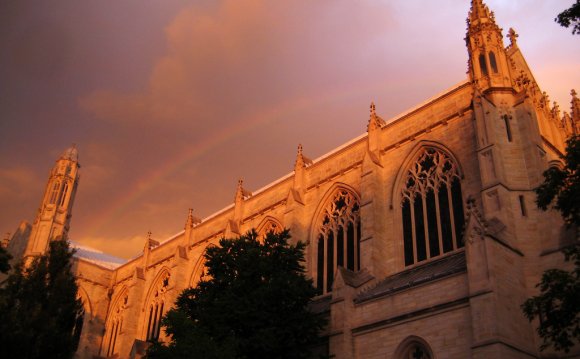 While a Gothic vocabulary is relevant to many American styles, a full-blown Gothic Revival took hold in mid-19th-century America.
By Patricia Poore

The Gothic Revival came right on the heels of its opposite, the neoclassical Greek Revival—the “national style” of the new republic. Inspired by an English revival spawned by designer and writer A.W.N. Pugin and by the novels of Sir Walter Scott, the Gothic referenced unspoiled medieval architecture.

It arrived in the U.S. as early as 1799, but it became the rage in the 1840s and ‘50s. A.J. Downing had encouraged a wooden cottage-Gothic style in his books, and his friend, the architect Alexander Jackson Davis, had already built Gothic villas in stone and stucco.

• Pointed arch windows and occasionally the front door
• A vergeboard or bargeboard decorating the eaves on the façade, made of sawn wooden “gingerbread”
• Gothic-era motifs like trefoils and quatrefoils, cusps, arches, and lobes
• A steep roof, often cross-gabled
• Gable ornament such as stick decoration or a finial
• Oriel windows (a bay above ground)
• Diamond panes and tracery (muntins in a pattern) in windows