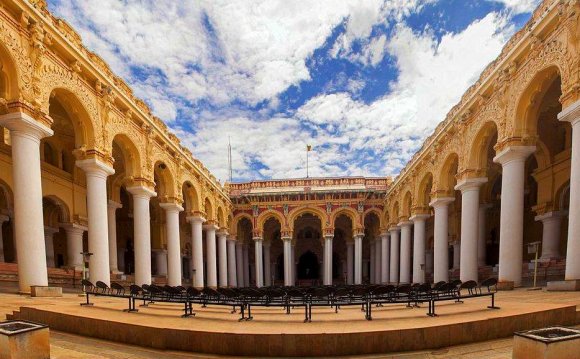 Note of the editor

This article was first published in January 2002. An edited version with revisions is published here in HTML, with new illustrations and captions. © FSTC 2002-2010.

Although Muslim architecture has been widely investigated, it still remains omitted from main stream architecture theories and much of the existing works about it are no more than curiosities undertaken by a group of sympathisers. Here, the notion of Islamic architecture has been associated with Muslim monuments such as mosques, palaces, and castles. Some scholars, such as Briggs (1924), called it Muhammedan. Sometimes, it is denoted as Saracenic, a Crusaders' name for the Muslims. In some textbooks, we find deliberate silence, an example of this is Simpson‘s book, one of early key references of History of architecture . This three volume work touched upon the architecture of most nations but jumped from Sassanian and Byzantine architecture (4th and 5th century CE) to European Medieval architecture of the 11th century (Romanesque), ignoring some 500 years of Muslim architectural achievements (700-1200). Hope (1835) provided a chapter on Islamic architecture entitled "Derivation of the Persian, Mohammedan, and Moorish architecture from that of Byzantium." The title clearly demonstrates why Hope referred to Islamic architecture. Meantime, publications referring to it often present a shy coverage. Kostof (1994), for example, gave it a mere eight pages with five figures in his 800 pages work .

Furthermore, there are views circulating in the West which reject the "islamisation" of architecture, arguing that Muslim architecture was used by Orientalists only to differentiate it from other types of architecture. This prejudice is often argued by the misconception of Islam‘s reluctance to building and urbanisation which circulates among some scholars. They propound that the nomadic lifestyle of the Arabs discouraged any form of permanent settlement and thus any architectural or building tradition. According to this view, much of the building heritage of what is called Islamic architecture came from Christian, Persian, or Indian origins and Muslims only imitated and sometimes employed masons from these cultures.

The answer to these arguments involves the following three main issues:

1. Although Islam opposes the exaggeration in unnecessary spending, it has no objection to comfortable life or wealth as such, nor to the enjoyment of this worldly life. Allah has subjected his creation to the use of his favourite creature (man), but man has to use it within the boundary of his Almighty‘s law and guidance, as it is clearly affirmed in a Quranic verse of Surah Luqman (31:20).

2. Sources on the tradition of Prophet Muhammad show that he discouraged Muslims from miserable living. It is amply evident that he had worn rich clothes in festivities and was fond of exquisite perfumes and essences. His famous expressive saying: "Strive for your earthly life as you live forever and strive for your hereafter as you will die tomorrow" sums it all up.