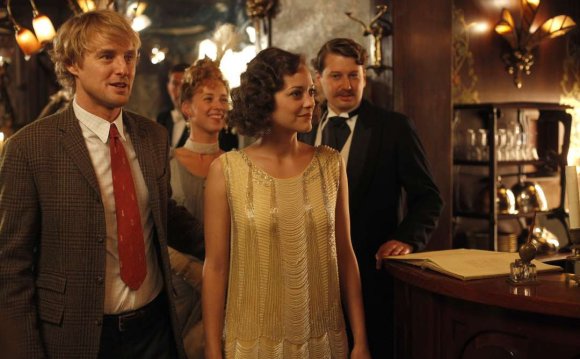 Modern architecture became a dominant architectural style after the Second World war, and remained at the top for several decades.

As with other modern movements in literature, art, and music, modern architecture is believed to come from the Enlightenment and new technological abilities developed out of the Industrial Revolution. Modernity is also read as a reaction to eclecticism and the lavish, detail-oriented styles of the Victorian era and later Art Nouveau. Early examples of modern architecture, like Paxton's Crystal Palace in London and Frank Lloyd Wright's Unity Temple in Chicago make use of these new construction materials, respectively iron and concrete.

The Bauhaus School, founded by Walter Gropius in 1919, was a leading voice in early modern styles.

The Bauhaus distanced itself from ornamentation and earlier ideas of "beauty", opting for rationalization.

"Form follows function" was an architectural battle cry by the 1930s, and although many modern buildings do feature lovely ornamentation, it was the goal of the modernists to shift the focal point of architecture from ornamentation and interior design to construction and form. While most modernists did not subscribe to Loos' idea that "ornamentation is crime, "they sought to replace the earlier stresses on interior design with feats of construction that were both functional and pleasing to the eye.

While many other modernists wanted to shock and were drawn to the extremes as a presentation of their aesthetic, Wright preferred both likability and modernity. Some of Wright's most famous designs include the Chicago Robie House, Fallingwater in Pennsylvania, and the Guggenheim Museum in Manhattan. The Guggenheim was especially influential and controversial. Many modern artists, including Willem de Kooning, objected to the display of their works in an institution that would compete with the art itself. In this way, the design is questioning art at its most basic form: is art that which is hanging on the wall, or the wall itself?

Another pioneer of modern architecture was Mies Van der Rohe (1886-1969). His career was defined by the "less is more" ideology. He called his works "skin and bones" architecture, minimal in design and enhancing the feelings of open space and free flow. Like many architects of the Bauhaus in the 1930s, Mies fled the Nazi regime and settled in Chicago, where he designed the Farnsworth House and the Seagram Building, among many others.

The final spearhead of modernism was Le Corbusier, a Swiss/Frenchman who took on the challenge of sprawl and overpopulation in urban Paris. What began with housing blocks designed for Parisian slums turned in to entire city plans.

His goal with these citiy designs, which were not used for more than inspirational sources for other architects, were not only designs for buildings but an attempt to better the way of life of a world citizen. His designs were meant to inspire a better standard of living based on the industrial ideals brought about by Americans like Henry Ford, and increased political and social co-mingling. Though many criticize LeCorbusier's designs for urban living as further segregation of poor communities, his ideals are experiencing a resurgence in response to the growing environmental crisis.

Modern architecture is still very alive today, and has become a stronghold of American aesthetics and popular culture. While many buildings have succumbed to demolition in the 1970s, many more are being actively protected and revered for their historical impacts on art and society.