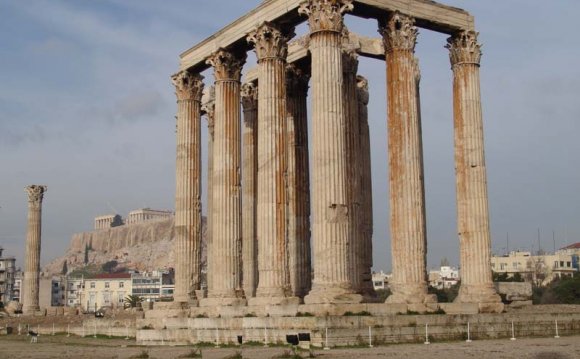 Ancient Greece has influenced many world architectural movements along centuries, as for example the movement of Renaissance and the Neoclassical style. Many of the world wide masterpieces were inspired by the architecture in Greece, particularly the ancient Greek style of Doric, Ionic or Corinthian rhythm. In fact, the Neoclassical style that was so popular in the 19th century was actually a revival of the ancient architecture of Greece. Due to the rich diversity along centuries, the architectural style is divided in several periods. You can see samples of the architecture in Greece with a simple walk in the centre of Athens, even the Cycladic one.

Guide to architecture by historical periods

We propose bellow information about the different architectural periods and styles in Greece and the Greek islands from the Minoan times to modern days.

The Minoan civilization prospered on the greek island of Crete from the 27th till the 15th century BC. The most famous architectural achievement of this period is definitely the impressive Palace of Knossos. The palace is situated on a hill and surrounded by pine forests. It is divided in two courts: the west wing, where you can visit the religious and official staterooms, and the East Wing, which was used for domestic and workshop purposes. Archaeologists have found the wonderful frescoes of Knossos almost untouched, under layers of ash, which leads them to believe that the destruction of the Minoan town of Knossos is probably connected to the huge volcanic eruption of the Santorini in about 1, 450 BC. These frescoes have vivid colours and represent happy scenes from everyday life and festivities. These frescoes in combination with the fact that the Minoan towns had no walls show that the Minoans had peaceful relationships with other cultures and did not interfere in wars. Other important Minoan sites in Crete are the Minoan Palace of Phaestos and the Palace of Zakros.

The Mycenaean architecture, that flourished from 1600 to 1200 BC, differs a lot from the Minoan. Unlike the Minoans, whose society was based on trade, the Mycenaean society advanced through warfare. The Mycenaeans were frequently involved in wars and that is why their towns had so strong and tall walls. These walls took the name Cyclopean because people thought that only Cyclopes could lift the huge stones to build them. The walls of Mycenae and Tiryntha have very characteristic Cyclopean walls. Very typical of Mycenaen architecture are also the vaulted tombs where king and high priests were usually buried. In fact, the most famous vaulted tomb is the Treasury of Atreus in Mycenae, which is believed to be the tomb of king Agamemnon. Architecture in the Greek classical antiquity reveals unique marble temples that were characterized by three different orders: the austere Doric style, the elegant Ionian style and the Corinthian style. a mixture of the two previous styles. All over the mainland of Greece and the Greek islands, there are many ancient temples dedicated to various gods, including the temple of Apollo in Delphi, the Temple of Hephaestus in Athens, the temple of Athena Aphaia in Aegina and others. However, the greatest Greek monument is the Temple of Parthenon, constructed on the sacred site of the Acropolis Athens. The Parthenon, built from 447 to 438 BC, is a brilliant example of Doric and Ionian architecture. This octostyle, peripteral temple was dedicated to goddess Athena, the protector of the town, and housed a giant chryselephantine statue of Athena Parthenon, sculpted by Phidias. The Corinthian style was not so popular in the classical architecture, but still a very important monument in Athens is made of Corinthian rhythm: the Temple of Olympian Zeus in the city centre. Very typical structures of the Classical architecture are also the Ancient Theatres. At first, these theatres were actually places of gathering for people who wanted to take part in a ritual. For example, during the festivities to honor a god, people would gather in the theatre to take part in the offerings headed by the priest of the god. With the invention of theatre as an art form, the drama performances became part of such religious festivities and thus they were presented in the theatres. The most typical ancient Greek theatre is the Theatre of Epidaurus that was constructed in the 4th century BC and stands out for the perfect symmetry and amazing accoustics. Other famous theatres are the Theatre of Dionysus, that is considered the first theatre of the world, and the Theatre of Herodes Atticus, both located at the foot of the Acropolis.

In the 2nd century BC, the Romans conquered Greece and marked a new era in the Greek architecture. The Roman architecture was actually a mixture of the ancient Greek, the Phoenician and the Etruscan style with few influences from other cultures of the Roman empire. In Athens particularly, there are many structures from the Roman period with characteristic arches and stone carvings of Roman battles. The Arch of Hadrian, for example, was constructed in 132 AD to mark the borders between the old (classical) Athens and the new (Roman) part of the town. The Roman Agora and the Library of Hadrian are also important structures and so is the Stoa of Attalos, the first mall in the world.