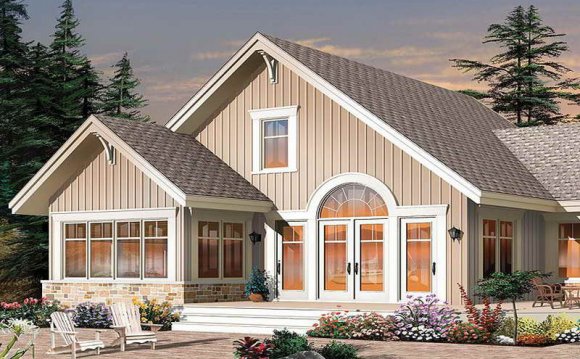 Ecocapsules by Nice Architects are portable, egg-shaped microdwellings that run on wind, sun, and rainwater so you can theoretically live off-grid anywhere in the world.

The Ecocapsule is an egg-shaped, wind- and solar-powered microdwelling from Bratislava, Slovakia–based Nice Architects that is billed as a portable tiny home, cottage, pop-up hotel, or emergency shelter that doubles as a charging station for electric vehicles.

The Ecocapsule’s original design has evolved since 2008, the designers write in a project description, when they first came up with the concept of a tiny, self-contained unit as a “frontier dwelling” for scientists, photographers, rangers, or extreme tourists who wanted to set up camp in the great outdoors.

Renderings of the Ecocapsule in various natural settings, as imagined by the architects.

In refining the design, they have made the unit more compact for easier mobility and focused on increasing energy independence to make it viable for long-term, ecofriendly, off-grid living in both rural and urban settings (barring zoning laws that are unfriendly to tiny houses, of course).

Imagining the Ecocapsule as an off-grid rooftop housing solution for dense urban areas. The designers write that long-term independence is mostly a matter of how to harness and reuse all available energy. High-efficiency solar cells and a silent wind turbine produce energy that is stored for use during periods without sufficient sunlight or wind. A thick wall of thermal insulation helps protect against the elements and reduce thermal loss. The spherical form of the Ecocapsule maximizes rainwater and morning dew collection and is equipped with membrane water filters to render it potable.

The interior of the Ecocapsule.

Most Americans will certainly quibble with the designers’ assertion that the 8-square-meter (86-square-foot) structure “comfortably houses two adults, ” though it might work for honeymooners or those confident enough to test their compatibility. But for the increasing number of people whose dreams include flexible, movable, small-space alternatives, the Ecocapsule comes equipped with a built-in kitchenette complete with running water; a dining area and workspace; a bathroom with a shower and composting toilet; and built-in storage. The designers are developing an electric-powered incineration unit that will also be used to heat the interior.

The first prototype of the Ecocapsule was tested in Trencin, Slovakia, last week and will be on view at the Pioneers Festival in Vienna on May 28–29, Igor Zácek of Nice Architects told me in an email. The 1, 500 kilogram (3, 300 pound) unit fits into standard international shipping containers (sample shipping cost from Slovakia to New York: $2, 400), but the designers are being coy about the purchase price. Zácek said that it would be “competitive ... relative to RV and mobile houses with similar performance” and would be revealed in the last quarter of 2015, when they will start taking preorders. They are currently developing a chassis for towing the capsule that they hope to have available late next year.