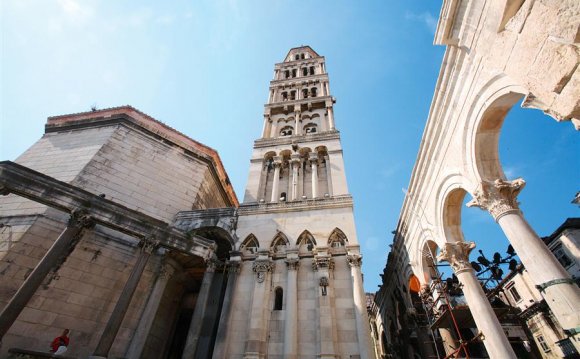 The project, which has been conducted as part of a three-year senior research fellowship at the Swedish Research Institute in Istanbul (SRII), investigates the applications and meanings of a widely diffused but hitherto scarcely studied phenomenon of Late Roman and Early Byzantine art: architectural motifs. The category includes the arch, the portal, the gabled front, the fastigium (palatial or ceremonial front), the aedicule, the baldachin and other domed structures, arcades and niche arcades, and numerous variants and conflations of these, as well as more complex configurations of the city and cityscape type, and its primary function is to lend monumentalising and symbolically charged frames to figures and scenes in images. The majority of architectural motifs can be traced to the beginnings of Roman art, where they chiefly occur in commemorative contexts, and to Middle-Eastern, East-Hellenistic and Etruscan architecture and funerary culture, but it is in the increasingly abstracted and symbolic art of late antiquity that they develop into a rich and diversified motif category with near universal applicability. Architectural motifs now appear in palatial and church interiors, on triumphal and sepulchral monuments, in commemorative and ceremonial works in silver, ivory and wood, in illuminated manuscripts such as calendars and gospels, and in a variety of objects of personal use such as costumes, jewellery caskets and pilgrim souvenirs. At the same time they become more complex and symbolladen, and tend to accumulate other symbolic motifs, offering structures on which to arrange them in meaningful patterns.