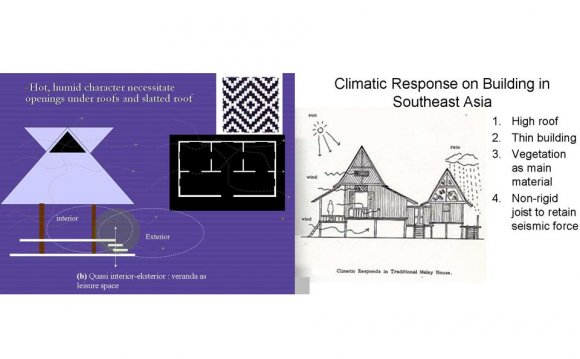 Southeast Asian art and architecture includes works from the geographical area including the modern countries of Thailand, Cambodia, Laos, Vietnam, Myanmar (formerly Burma), Malaysia, Singapore and Indonesia. The area is also known as Indochina. The art of this region draws from three major sources: indigenous traditions, China, and India.

As Hinduism and Buddhism were introduced to Southeast Asia, their traditions were altered to conform to the traditions of the indigenous peoples. Works predating outside influence were generally made of perishable materials and have not survived. Neolithic sites in the area produced stone tools, baskets, and pottery. The Bronze age in Southeast Asia dates from about 800 BC; by c.500 BC there were recognizable divisions between those cultures influenced by China and those influenced by India.

The Dongson (or Dong Son) culture, which was centered around the Tonkin gulf in present-day Vietnam, was notable among those drawing influence from China. From this culture various artifacts of great beauty have been excavated such as bronze dagger hilts, ornaments, lamps, and tomb furnishings. Typical of Dongson style are spirals and Greek key ornamentation. Massive bronze drums for burial with the dead are also part of Dongson culture. Such drums are thought to have been part of rituals to create rain. Han China conquered much of the Dongson area in 111 BC after which Chinese taste and techniques became predominant in the area.

Opportunities for trade between W Indochina and India flourished and brought with commerce an influx of Indian expertise in mechanical engineering, social hierarchies, and a pantheon of deities both Hindu and Buddhist. The ancient kingdom of Fou Nan (or Funan, a name given by Chinese historians) spreading into Indonesia was a commercially based and powerful force in the area. Stone temples after the Indian prototypes are found dating back to Fou Nan in the 6th cent. The Fou Nan kingdom eventually moved up the Mekong and united with the Chen La (or Chenla) kingdom and flourished in the middle area of the Mekong. Its early monuments which anticipate Khmer art are for the most part statues of gods and goddesses whose smooth and gracefully sinuous bodies are clothed in draperies of extreme thinness.

The late 8th cent. saw the disintegration of Chen La, and beginning in the early 9th cent. the Khmer empire of present-day Cambodia began to flourish. Indravarman (877–89), the first Khmer king, began construction of Angkor, a remarkable temple-city which utilized a grid system of canals and large reservoirs to control the river (see Angkor for descriptions of Angkor, Angkor Wat, and Angkor Thom). The temples and palace complex derived much of their architectural style from Indian sources, but much of the style of carving on the deities and supporting figures is uniquely Khmer, with voluptuous figures and serenely smiling faces. So richly decorated were most of the monuments that entire building complexes become a sculptural whole. The empire spread and its wealth increased into the 11th cent.

The most famous of Khmer monuments is Angkor Wat (or Vat), a vast temple-complex built in the early 12th cent. under Suryavarman II. It is an enclosure built of numerous shrines and courtyards the entirety of which represents the cosmic order in architectural sculpture. The Champa kingdom invaded Angkor in the 12th cent., and although it was reclaimed by Khmer kings it no longer had the same splendor. Angkor Thom and Bayon, built in the early 13th cent. under Jayavarman VII, shows the movement away from grace and lyrical carvings toward a more monumental style. From the 15th until the 18th cent. most of the art of Cambodia was wood sculpture, which due to climatic conditions has with rare exception not survived. Later works mostly follow the inspiration of Thai sculpture.