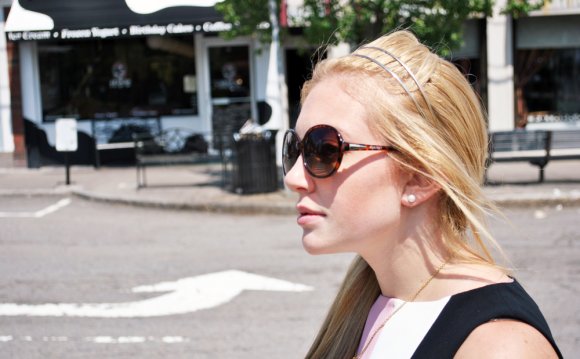 A room designed by Erin Gates that is featured in her new book, “Elements of Style: Designing a Home & a Life.”

Erin Gates’s Elements of Style may be one of Boston’s most noteworthy blog success stories. Since the design and style blog launched in 2007, Gates says it’s grown to about half a million page views each month. The blog has followed the 35-year-old as she launched her business as an independent interior designer, converted from a home base in the city to one in the suburbs, and navigated her years as a newlywed. Gates’s first book, “Elements of Style: Designing a Home & a Life, ” out Oct. 7 from Simon & Schuster, is an extension of the blog, anchored by personal essays, room-by-room home design tips, and photos of her work.

Q. The format of the book is really engaging. It transitions from a personal essay into a series of decorating tips in every section. Is there a reason you decided to put so much personality into it?

A. When I started writing, I laid out what rooms in the home I wanted the chapters to be. Then I started writing the essays and it really blocked out perfectly. I wanted to make sure that it was a balance of inspiration and aspiration, and pretty things, but also some more meaningful points, which I think design books rarely have. In one way, it’s nerve-wracking because it’s the first of its kind. In another way, I’m so proud of it because it really reflects who I am and what my business is and the blog.

Q. When you started the blog originally, it was more focused on design and style. How did it evolve?

A. It still is, mostly. Ninety percent is interior design or fashion-related. The more personal aspects snuck in there just because I was like, you know what? I have something to say and I’m just going to use this blog as a sounding board. It worked out. That ended up being typically what I get the most feedback about.

It started out as a way for me to just catalog my ideas and thoughts on design because I had worked in design before and I had left. I had become disenchanted with the industry and was doing something else, and found myself still so interested in design. Blogging was new seven years ago, so I just used it as a journal. Then it just grew from there. Q. When did you decide that putting more of yourself into the blog was a good thing?

A. When I first shared personal stuff on the blog, I was scared because I was like, oh my God, what if those people are like, what is she doing? This is a style blog. Shut up.

But instead, people were like, oh my God, yeah, me too. I think the most powerful feeling I’ve ever had is writing something and having 50 to 100 to 400 people write a comment or send me an e-mail being, like, you make me feel less alone or you made me feel understood. It’s just such a wonderful feeling.

Erin Gates revisited projects from the past five years to showcase in her book.

A. It ended up being 70 pages longer than what my contract had stipulated. I had signed with an agent. She and I worked on the proposal, which took three or four months. I knew nothing about the process. She sent me a sample proposal. It’s 50 pages long. We wrote it, finished it, and she shops it. It’s like waiting to get into college. You wait to hear what publishers want to meet with you and interview you.

She sent it to, I think, nine publishers. All nine asked to have deskside meetings. I went to New York with her. We had these deskside meetings, which was terrifying because it’s just like trying to sell this book and yourself. These editors, they’ve edited some of my favorite books. It’s intimidating.

Then you leave. Then it’s really scary because then you wait for offers. We were lucky and we got eight of nine, but I knew from the moment I met with Simon and Schuster, I was like, this is who I want to have my book. The team knew my blog. Half the people working on the account were fans of many years. I walked in and I just felt so comfortable with them.

Q. What does producing the book entail?

A. I picked an illustrator. I picked a book designer. I styled all the shoots. I decided how I wanted it laid out, what kind of fonts, what kind of imagery and photographers. A lot of publishers apparently don’t give you that kind of creative direction. They were like, we trust you. We see what you do on the blog. Just do it and turn it in in a year.

Q. How many projects are pictured in the book?

A. I think it’s 12 or 13. It’s work from over the last five years. Some places we finished years ago. We went back and I crossed my fingers. But everything was still looking as nice as we left it, and it was. There was a lot of styling that goes on, which I go into in the book, what it’s really like doing a photo shoot for an interior.

People are like, that room is so perfect and you should see it before. It’s not all real, just like fashion magazines. There’s a lot tricks brought in. Things are hidden, and tucked, and pinned, just like on models. I just wanted to give a little bit of an insight into what this industry is really like.

Q. From the beginning of the blog to completing the book, what would you say has changed for you career-wise?

A. Everything. I started the blog while I was working as an event planner for a private school. It grew. A friend of a friend asked if I would help with her apartment. Then another person asked if I would help with their apartment. Before I knew it, my husband was like, you should give yourself a year and try to start your own design company because if you don’t, you’ll always wonder what if.

I did and I made about $8, 000 the first year. But it just grew slowly and steadily. Same with blog readership, it grew, and then all of a sudden, it started taking off. I was getting really interesting jobs, and bigger jobs, and media requests, and more interesting articles, and having my writing published in other publications.

That one decision seven years ago changed everything. I can’t even imagine. I’d probably still be doing a job I didn’t like if I didn’t take that jump. It’s proof that if you really are passionate about something, and you really want it, it takes time and sacrifice, but it can absolutely happen.

Q. You mention your husband a lot in your book and in the blog. What’s your key to having such a supportive relationship?

A. Communication. We talk ad nauseam. We don’t go to bed angry. OK, that’s a lie. Occasionally we do. We are so far from perfect.