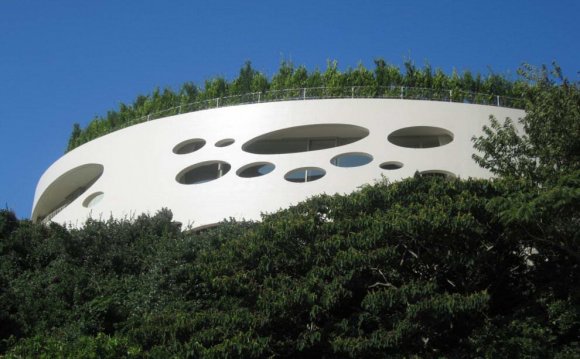 Throughout ancient and medieval history, most architectural design and construction was carried out by artisans—such as stone masons and carpenters, rising to the role of master builder. Until modern times there was no clear distinction between architect and engineer. In Europe, the titles architect and engineer were primarily geographical variations that referred to the same person, often used interchangeably.

It is suggested that various developments in technology and mathematics allowed the development of the professional 'gentleman' architect, separate from the hands-on craftsman. Paper was not used in Europe for drawing until the 15th century, but became increasingly available after 1500. Pencils were used more often for drawing by 1600. The availability of both allowed pre-construction drawings to be made by professionals. Concurrently, the introduction of linear perspective and innovations such as the use of different projections to describe a three-dimensional building in two dimensions, together with an increased understanding of dimensional accuracy, helped building designers communicate their ideas. However, the development was gradual. Until the 18th century buildings continued to be designed and set-out by craftsmen, with the exception of high status projects.

In most developed countries, only qualified people with appropriate license, certification, or registration with a relevant body, often governmental may legally practice architecture. Such licensure usually requires an accredited university degree, successful completion of exams, and a training period. The use of terms and titles, and the representation of oneself as an architect is restricted to licensed individuals by law, although in general, derivatives such as are not legally protected.

In the architectural profession, technical and environmental knowledge, design and construction management, and an understanding of business are as important as design. However, design is the driving force throughout the project and beyond. An architect accepts a commission from a client. The commission might involve preparing feasibility reports, building audits, the design of a building or of several buildings, structures, and the spaces among them. The architect participates in developing the requirements the client wants in the building. Throughout the project (planning to occupancy), the architect co-ordinates a design team. Structural, mechanical, and electrical engineers and other specialists, are hired by the client or the architect, who must ensure that the work is co-ordinated to construct the design.

The architect hired by a client is responsible for creating a design concept that meets the requirements of that client and provides a facility suitable to the required use. In that, the architect must meet with and question the client to ascertain all the requirements and nuances of the planned project. Often the full brief is not entirely clear at the beginning, entailing a degree of risk in the design undertaking. The architect may make early proposals to the client which may rework the terms of the brief. The program or brief is essential to producing a project that meets all the needs of the owner — it is a guide for the architect in creating the design concept.

It is generally expected that the design proposal(s) is both imaginative as well as pragmatic, but the precise extent and nature of these expectations will vary, depending on the place, time, finance, culture and available crafts and technology in which the design takes place.