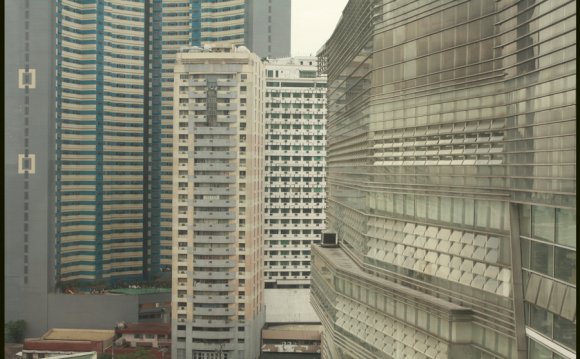 A Pattern Language: Towns, Buildings, Construction is a 1977 book on architecture, urban design, and community livability. It was authored by Christopher Alexander, Sara Ishikawa and Murray Silverstein of the Center for Environmental Structure of Berkeley, California, with writing credits also to Max Jacobson, Ingrid Fiksdahl-King and Shlomo Angel. Decades after its publication, it is still one of the best-selling books on architecture.

The book creates a new language, what the authors call a pattern language derived from timeless entities called patterns. As they write on page xxxv of the introduction, "All 253 patterns together form a language." Patterns describe a problem and then offer a solution. In doing so the authors intend to give ordinary people, not only professionals, a way to work with their neighbors to improve a town or neighborhood, design a house for themselves or work with colleagues to design an office, workshop or public building such as a school.

It includes 253 patterns such as Community of 7000 (Pattern 12) given a treatment over several pages; page 71 states: "Individuals have no effective voice in any community of more than 5, 000–10, 000 persons." It is written as a set of problems and documented solutions. This is a form that a theoretical mathematician or computer scientist might call a generative grammar.

According to Alexander & team, the work originated from an observation that

"At the core... is the idea that people should design for themselves their own houses, streets and communities. This idea... comes simply from the observation that most of the wonderful places of the world were not made by architects but by the people".

The book uses words to describe patterns, supported by drawings, photographs and charts. It describes exact methods for constructing practical, safe, and attractive designs at every scale, from entire regions, through cities, neighborhoods, gardens, buildings, rooms, built-in furniture, and fixtures down to the level of doorknobs. The patterns are regarded by the authors not as infallible, but as hypotheses:

"...each pattern represents our current best guess as to what arrangement of the physical environment will work to solve the problem presented. The empirical questions center on the problem—does it occur and is it felt in the way we have described it?—and the solution—does the arrangement we propose in fact resolve the problem? And the asterisks represent our degree of faith in these hypotheses. But of course, no matter what the asterisks say, the patterns are still hypotheses, all 253 of them—and are therefore all tentative, all free to evolve under the impact of new experience and observation"

Some patterns focus on materials, noting that some ancient systems, such as concrete, when adapted by modern technology, may become one of the best future materials:

"We believe that ultra-lightweight concrete is one of the most fundamental bulk materials of the future."

Other patterns focus on life experiences such as the Street Cafe (Pattern 88):

"The street cafe provides a unique setting, special to cities: a place where people can sit lazily, legitimately, be on view, and watch the world go by... Encourage local cafes to spring up in each neighborhood. Make them intimate places, with several rooms, open to a busy path, where people can sit with coffee or a drink and watch the world go by. Build the front of the cafe so that a set of tables stretch out of the cafe, right into the street."

When these patterns are taken together, the authors say, they begin to form a kind of language, each pattern forming a word or thought of a true language rather than being a prescriptive way to design or solve a problem. As the authors write on p xiii, "Each solution is stated in such a way that it gives the essential field of relationships needed to solve the problem, but in a very general and abstract way—so that you can solve the problem for yourself, in your own way, by adapting it to your preferences, and the local conditions at the place where you are making it."

A notable value is that the architectural system consists only of timeless patterns tested in the real world and reviewed by multiple architects for beauty and practicality. The patterns include provision for future modification and repair, in keeping with the principle that the most satisfying living spaces are those which, like the lives of their occupants, tend to change and evolve over time.