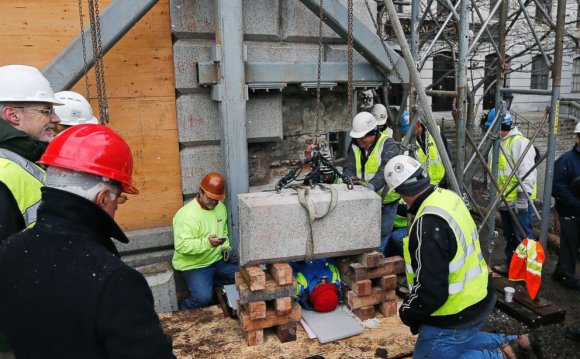 The James Blake House is the oldest house in Boston, Massachusetts, United States. The address is 735 Columbia Road, in Edward Everett Square. This neighborhood of Dorchester is a few blocks from the Dorchester Historical Society which now owns the building. The house is located just a block from Massachusetts Avenue. Tours are given on the third Sunday of the month.

The house was built around 1661 by James Blake, an English immigrant. Blake used a Western English style of medieval architecture in constructing the house. The Blake family owned the house until 1825 when it was acquired by the Williams family. In 1891 the City of Boston acquired the house. In order to preserve the house from demolition in 1896 the Dorchester Historical Society acquired the property from the City and moved the house less than 500 feet from its original location by Massachusetts Avenue to its current location.

The immediate area, as well as the house, have been undergoing an extensive renovation and preservation. The house was completely re-shingled and the grounds improved.