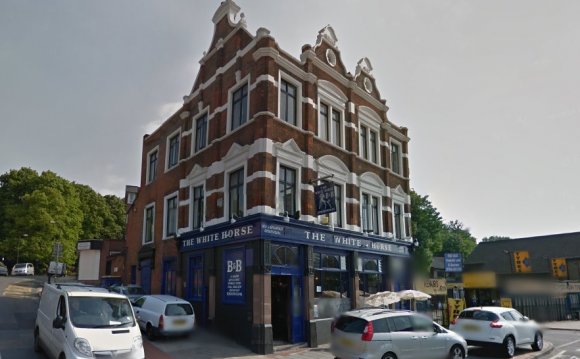 All architecture is a conversation about the nature of space. But for the Victorians it was a meditation on the meaning of time, too. In each bridge, church and terrace built during the reign of the great queen, you can see a negotiation with what has gone before.

Nowhere is this more apparent than in the early Victorians' attitude to the buildings they inherited from their grandparents. The sight of street after street of regular, flat-fronted Georgian housing seemed not only dreary but downright dangerous. Had not the French Revolution been partly born of just such a rationalist impulse to legislate irregularity out of existence? Far from being evidence of a pleasing rationality, all that mild unbroken brickwork served as a chilling reminder of a neighbouring chaos that might spread at any moment.

One way of ensuring that didn't happen was to put God – not some milksop supreme being but a proper, stormy God – back into buildings. The chief prophet of this newly Christianised architecture was John Ruskin, who championed a return to the gothic vocabulary of the pre-Reformation period. All those yearning spires, expressive arches and gurning gargoyles in evidence at Salisbury and Ely seemed to speak of divinity as a force of nature. The most famous essay – Charles Barry and Augustus Pugin's Palace of Westminster – was followed by George Gilbert Scott's Albert Memorial and William Butterfield's red and white bricked Keble College, a streaky-bacon love song to one of the century's most influential high churchmen.

But by the time Keble College opened its doors in 1872, God was increasingly on the run, chased out of many educated homes by the work of Charles Darwin. The neo-gothic style, however, proved itself equal to the temples of the new secular age. The Midland Grand Hotel – the face of St Pancras station – is one of the finest gothic revival buildings in existence. Manchester Town Hall, meanwhile, disguised its status as a civic Johnny-come-lately with a facade that wouldn't look out of place on a 13th-century church of the Flemish school.

Victorian architecture, though, was not simply an exercise in archaising. The Great Exhibition of 1851 telegraphed to the world that Britain led the way in all that was new, too. Joseph Paxton's Crystal Palace was a wonder of modern engineering – plate glass bolted together by cast iron to create a vast segmented umbrella under which mature elm trees, as well as teeming crowds, nestled happily. Ruskin hated it, comparing the Palace to a giant greenhouse; the Palm House at Kew will give you a sense of what it might have been like.

As well as bragging about Britain's pole position in the race for modernity, the Great Exhibition also exposed the nation's taste-makers to visual vocabularies from around the world. Moorish domes and spiky towers became just the thing for public buildings such as the Alhambra Palace in London's Leicester Square, or the oriental public baths in Leeds. Later, in the 1870s, with the French no longer Britain's naturalenemies, Second Empire architecture became popular, with its telltale mansard roofs, dormer windows and bracketed balconies.

That, though, was for people with money. For everyone else something with a higher density was required. This was the era of the working-class terraced house, tightly packed for factory workers in northern towns, though more generously spaced for London's lower middle classes with perhaps an additional flourish in the form of a bay window.

These runs of domestic architecture tended to be in either the gothic or the classical style; it all depended which pattern book had been studied, which decorative bits and pieces purchased in bulk. Reacting to this careless pastiche, by the 1870s William Morris and his fellow Arts and Crafters evolved a cottage style that favoured an appreciation of the materials and processes involved in building homes that were useful, beautiful but, above all, honest.

As the examples of Morris, Ruskin and Paxton suggest, Victorian thought about architecture was shot through with a morality that assumed that good buildings made good people. The problem was that no one could agree on what a good building looked like. The result, as far as the many detractors were concerned, was a mash-up: a gothic pointed window there, a Palladian column there, a bit of Queen Anne by way of distraction. Yet with the passage of time, we are today more likely to regard 19th-century architecture with a respect born of recognition. For the Victorians, just like us, sought to make their world anew at a time when every possible style seemed already to have been exhausted.