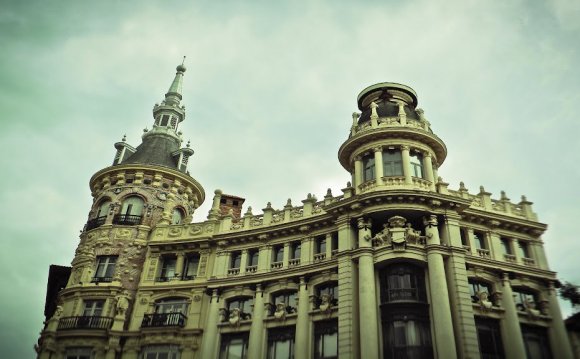 European countries are well known to be inspiring travel destinations for architects and architecture lovers. They have some of the best recorded architectural history, a great variety of styles, and a dynamic history that has seen countless rises and falls as well as world changing wars – all these influencing the architectural character of each place. Here are 5 countries you should visit if you love architecture:

Amsterdam is one of Europe’s treasure troves for lovers of architecture. Not only it houses more historic buildings and sights than any other city in the world, but also it holds an international importance in terms of modern design.

Amsterdam has one of the largest historic city centers in Europe, consisting of 90 islands linked by 400 bridges. Most of its historic buildings and streets have remained unchanged since the 19th century, due to the fact that there was no major bombing in the city during World War II.

Barcelona is no surprise in this list. This city has a well-balanced mix of historic architecture, concentrated in the Barri Gòtic (the centre of the old city); and modern architecture, developed during and after the city’s expansion. Barcelona can also be proud to be the host of many Gaudi buildings, including La Sagrada Familia.

Many of the buildings in the Barri Gòtic date from medieval times, some from as far back as the Roman settlement of Barcelona.

While this country might be chaotic, an architectural buff cannot do without a trip to Greece and its capital, Athens. Most of the relevant Greek architecture comes from the few surviving buildings of the Classical, Hellenistic, and Roman periods. Temples are the most common and best-known form of Greek public architecture and they are the best examples that are still standing today. Since many Greek buildings in the colonization period (8th – 6th century BC), were made of wood or mud-brick or clay, nothing remains of them except for a few ground plans and footings.

Curiously, even though we might consider Greek buildings and temples as classical and artistic pieces, the Greeks didn’t consider them as art for art’s sake, nor did they consider architects as a type of artist.

In my best opinion, Berlin is an architectural heaven for anyone interested in a good architectural mix combined with an interesting yet complex history. While you might not get the same “world city” vibe other cities like London and Paris do, you might experience how Berlin embodies many cultural and historic architectural movements, portraying its huge intellectual and cultural legacy to the world – something others cities fall behind. This city was almost created to enhance ideals, rather than to serve its population like other cities did.

London is not characterized by any particular architectural style. It has accumulated and conglomerated its buildings and styles over a long period of time. Only a few structures predate the Great Fire of 1666, with the exception of important sites like the Tower of London, Westminster Abbey, Banqueting House, among others.

London is famous for its magnificent palaces whose history is intimately intertwined with the history of Great Britain. The city also counts with over 240 museums and a great selection of important historic buildings and sights. There is a good balance between buildings and open spaces.

Obviously, Europe counts with more than five cities that are worthy of admiring their architecture, but these are just a few that will inspire your artistic eye. To make justice to other European cities that deserve the same recognition, I will follow up with 5 more European cities to Visit if You Love Architecture. Stay tuned!