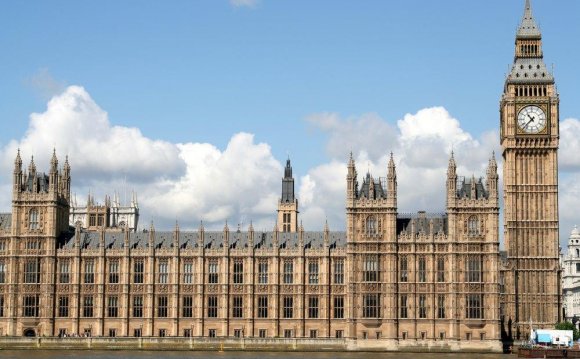 Between 1855 and 1885, John Ruskin and other critics and philosophers stirred interest in recreating a more authentic Gothic architecture, like buildings from centuries before. The 19th century buildings, called High Gothic Revival, High Victorian Gothic, or Neo-Gothic, were closely modeled after the great architecture of medieval Europe.

A fire destroyed most of the original palace in 1834. After lengthy debate, it was decided that architects Sir Charles Barry and A.W. Pugin would rebuild Westminster Palace in a High Gothic Revival style that imitated 15th century Perpendicular Gothic styling. Victoria Tower is named after the reigning Queen Victoria, who took delight in this new Gothic vision.

High Victorian Gothic Revival architecture has many of these features: