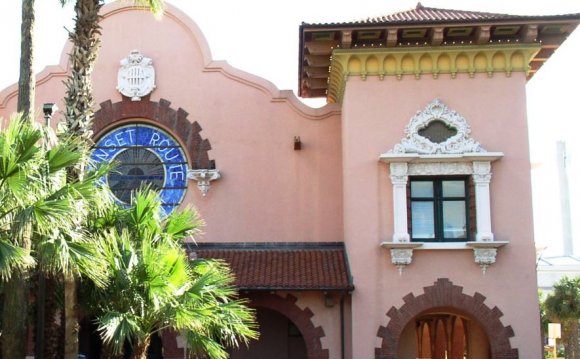 Spanish Mission style architecture was inspired by the churches built by colonial Spanish missionaries. Distinguished by its plain, stucco or stone exterior and red tile roof, it remains a popular architectural style in the Southwest and California.

History of the Mission Style

The Spanish Mission style was intended as a tribute to the Spanish colonial heritage of California. For this reason, it was a popular style for public buildings during the turn of the century. Coming on the heels of the Spanish Colonial Revival style, the Mission style referenced similar historic buildings, such as churches, but was much more ornate and stately.

Spanish Mission interior design is distinguished by contrasts between light, neutral walls and dark wood furnishings. Authentic Spanish Mission interiors attempt to pay homage to Spanish interior design influences as filtered through the California or Southwest experience, while still acknowledging the roots of the Spanish Colonial architecture movement. For this reason, the interiors are stark, with calculated bursts of color in the form of ceramic tiles or textiles.

Above all, the Spanish Mission interiors tend to have a restrained appeal. The walls appear thick and window sizes are modest. Plaster or stucco is often used in the interior, and exposed dark wood ceiling beams tend to add to the rustic appeal. It is important to keep in mind that early colonial churches influenced Spanish Mission architecture. For this reason, Spanish Mission interiors have fewer defining characteristics; their influences lie in Spanish missions and monastaries, not other interior design or formal architectural styles.

Mission style furniture is often a popular style for those seeking a Spanish Mission style. Combine it with other elements to create a Spanish influenced aesthetic with its simple lines. Mission style furniture was influenced by a design philosophy and aesthetic commonly known as the Arts and Crafts style. It is a subset of the Craftsman style, which was part of the Arts and Crafts movement. Gustav Stickley coined the phrase "Mission style" to describe his furniture, which was unadorned and emphasized the vertical lines of each piece.

Mission style architecture has a unique aesthetic that makes it easy to identify. However, Mission style is often combined with elements from other architectural movements, such as the Prairie style or Craftsman style homes. Spanish Colonial houses also have some characteristics of Spanish Mission architecture.