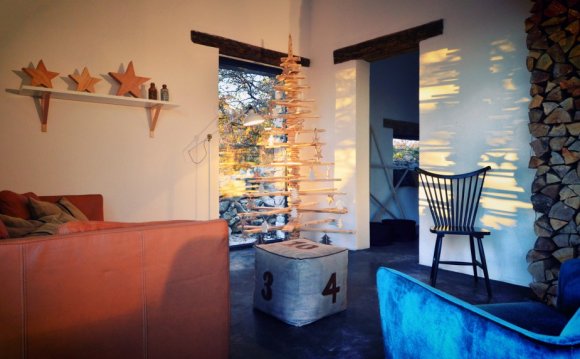 Jon and Gemma are building a new home from scratch to thatch in Auckland. Join Jon in his diary of all the action - his experiences may hold some good lessons. Or he may need your guidance...

This is a PS to my blog about our house build in Three Kings Auckland. If you were one of the readsters of my blog who was keen (and in some cases desperate) to see pictures of our baby, this is for you. If you are not interested in baby Zeno, your heart is made of stone and there is nothing to see here.

The same week the builders started to build our house, Gemma and I discovered we were pregnant. It was the perfect setup for a Grand Designs episode. The race was on and our builders had nine months to finish the house in time to get us moved in before we became a family of three.

What we discovered was it takes a lot longer to build a house than it does to build a little baby, and the baby beat the house by over two months. He's been 'very advanced' ever since.

I wanted to post photos of Zeno (named after his great grandfather who was American) straight away, but we'd promised the story of the birth to the Woman's Day, and like the Lanisters, the Bridges keep their promises (or is that pay their debts?).

So only now am I belatedly able to post a veritable feast of baby pictures (and at the end a couple of videos too) as a postscript to the blog. These are edited down from the 73, 249 images we have of him. I hope you enjoy them!

THE LAST BLOG POST I WILL WRITE FOR YOU

Welcome to the final ever, ultimate and last blog post for "We're Building a House"*. All good things come to an end, and so do some quite average things like this blog.

It seems so long ago when I started this blog. Nobody had heard of 'selfies', we all paid for milk with little yellow 'tokens', and a John Key was what you needed if the toilet was locked.

When I started the blog we had just bought this.

This posteriation of my almost-finished blog is a video post. I have crafted a movie for your enjoyment. However I'm not optimistic that you will enjoy it since I failed at almost every basic step of video making. I've used a home camera, poorly operated using no steadycam, dolly or shoulder-rig, to shoot average pictures which I've then hastily cut together on some free software, adding inappropriate music and an ad-libbed and ill-advised voiceover which adds no pertinent information whatsoever.

The video sets out to be a tour of our new house - the final product that Gemma and I have been working towards for a couple of years. Everyone who comes around - and now you as well - is forced to take the tour. They at least get a beer at the end of it.

I'm not sure if 'the tour' is something that is done in other countries. In New Zealand we show anyone and everyone who visits every nook and cranny of the house. No New Zealander has ever been into another New Zealanders house for the first time without one of them saying either "give me the tour" or "do you want the tour?". They don't do this in the US as far as I know. I'm not sure about Europe, England, South America, Asia or Africa. Eskimos do it, but it's over pretty quickly.

So here then is my low-quality tour. A few caveats: the house isn't finished. There is a lot still in boxes, not much on the walls and no landscaping. Hit the lights. Press 'play'. Abject Apology (if you're not *&%ed off with me for not posting for so long, please skip to the next paragraph)

I am back. I am very sorry I haven't posted in a long time! My silence has been poor form for all of you readsters and commensters who have followed the blog and the build, and although a punishing deadline for a book I've just written (along with my other work and a new baby) have meant I had no choice but to neglect you like redheaded stepchildren, you deserve better. The problem was I had the schedule all planned: finish the house, then a couple of months to finish the blog and my other work before Xmas came and with it time to finish the book. But the house didn't finish in Mid October, as planned did it? Or even mid November as it should have. Try mid December, so I got myself in trouble. Sadly you paid the price. Be assured you weren't the only ones to suffer. At one stage trying to meet the book deadline I didn't shower for four days and my beard took on the form of a large creature nestled on my face (see below). As I write even now it's 2.23am. I hope you can forgive me.

In this post I open up the books and reveal how much the house finally cost. This is only possible now because last night I spent about four hours going through the online banking to work out how much we'd paid to who and when. (That was another overdue task that had to wait). The results, like a poorly installed heated towel rail, will shock you.

But first how is the house? Amazing.

We have been living in Three Kings now for two months. For two years we thought this time would never come - and 2013 was the longest year of our lives. But the house is finished (almost) and we can't believe how lucky we are. My enthusiasm for it and for the building project has not dimmed. Let me start, though, by telling you all the things we have discovered so far that are wrong with the house:

Hello Everyone. Happy New Year. But mostly, apologies for the long silence - I went on tour with 7 Days, and wrote a bloggie postratio while I was away, but due to the stuff blog engine being a fickle and tedious mistress, and me being if not a Luddite, at least Luddish, I couldn't post it while I was on the road. Then I came home to Christmas and visitors, madness, joy, children, feasts and excitement - all in our new house. So I put all work aside and essentially forgot you until now. You deserve better. I will write a couple more blogs, giving you a video tour of our new place and a summary of our experience building a house. But as a teaser before then, here is the post I wrote on the 18th of December while I was in Palmerston North - the source of all good things. Looking back on it now I laugh to think how young I was then. Ha ha haaa.