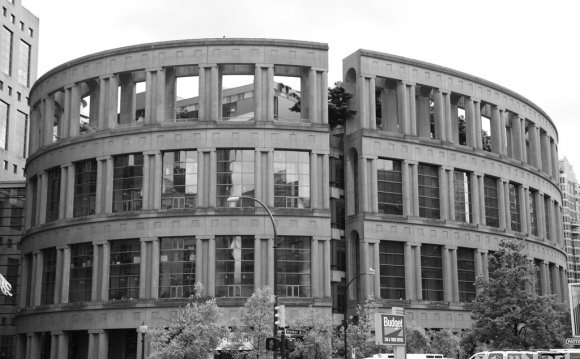 Romans were famous for their advancement in architecture and engineering. Before the Romans, the most commonly used building style was the post and lintel. This way of building was of course limited in the weight it could carry and therefore the span between the supports.

The Roman Architecture changed all this and advanced this by introducing new methods of architecture; The Columns and The Arches. With these methods the romans were able to construct bigger temples and buildings than ever before.

Roman architects used three types of columns through out their long history. The first and most basic type was called the Doric Style. It's plain features where not as attractive as its futures forms but it served a great purpose - to hold up huge and heavy buildings.

The Ionic Style, with its more decorative base and top, was the next type to be used. It still had the same purpose as the Doric style but it futher increased the awe power of the building it was used with. The Cornithian type was the King of all Columns. It's fine details and size made the other two types look like rather ordinary.

Arches were used not just for their immense support capabilities but aswell for their power to amaze and glorify. The extension of the arch idea lead to the development of domes. The largest dome built for 18 centuries was the Pantheon. The idea of the arch was further extended in the middle ages with the barrel vault and other types of vaults which became the central theme of the Romanesque and Gothic Cathedrals.

Cement was used to supplement arch construction which again allowed the Romans to expand buildings. For example the Coliseum used the arch system, along with concrete, to build a four story high stadium to seat over 50, 000 spectators. In addition the Romans developed over 500 KM of aqueduct to bring fresh water into the capital city. This along with over 50, 000 miles of roads show the size and strength of the empire's architecture.