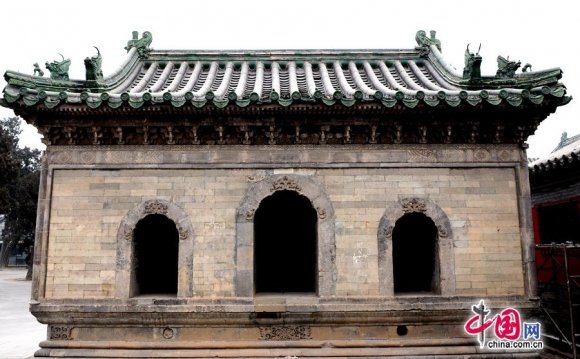 By the beginning of the fourth century Christianity was a growing mystery religion in the cities of the Roman world. It was attracting converts from different social levels. Christian theology and art was enriched through the cultural interaction with the Greco-Roman world. But Christianity would be radically transformed through the actions of a single man.

In 312, the Emperor Constantine defeated his principal rival Maxentius at the Battle of the Milvian Bridge. Accounts of the battle describe how Constantine saw a sign in the heavens portending his victory. Eusebius, Constantine's principal biographer, describes the sign as the Chi Rho, the first two letters in the Greek spelling of the name Christos. The transformation of Christianity is dramatically evident in a comparison between the architecture of the pre-Constantinian church and that of the Constantinian and post-Constantinian church. During the pre-Constantinian period, there was not much that distinguished the Christian churches from typical domestic architecture. A striking example of this is presented by a Christian community house, from the Syrian town of Dura-Europos. Here a typical home has been adapted to the needs of the congregation. A wall was taken down to combine two rooms: this was undoubtedly the room for services. It is significant that the most elaborate aspect of the house is the room designed as a baptistry. This reflects the importance of the sacrament of Baptism to initiate new members into the mysteries of the faith. Otherwise this building would not stand out from the other houses. This domestic architecture obviously would not meet the needs of Constantine's architects.