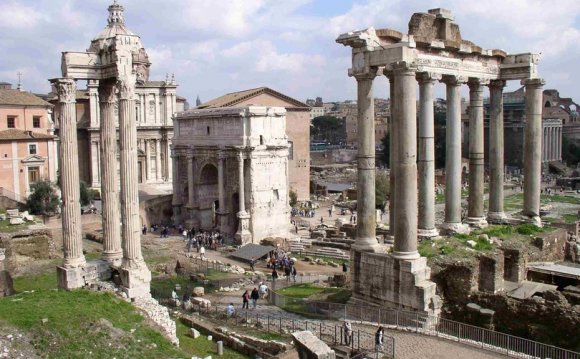 A heated debate regarding the reception of antiquity captivated Rome during the Enlightenment. Its intellectual circles disputed which was the “true fountainhead” of Western civilization—ancient Rome, as had been the general belief for centuries, or ancient Greece, as the German cultural historian Johann Joachim Winckelmann (1717–1768) increasingly urged. Winckelmann won this debate, a victory leading to the Greek Revival in architecture and to the general perception of the artistic superiority of ancient Greece that lingers to this day.

Greece vs. Rome: The Eighteenth-Century Quest for the Sources of Western Civilization, which goes on display Thurs., Jan. 7 at the Middlebury College Museum of Art, presents the Greco-Roman debate through the visual materials generated by its preeminent protagonists: prints of Roman antiquities by the Venetian architect and printmaker Giovanni Battista Piranesi (1720–1778), and plates from the Antiquities of Athens by two British antiquarians, James Stuart (1713–1788) and Nicholas Revett (1720–1804). Contextualized within the debate, these documents are presented as rhetorical devices for the opposing sides. Since the Renaissance, Rome has exerted a near-irresistible attraction on artists from all over Europe. Art and architecture—from antiquity and modern times (from the Renaissance onward)—provided models of inspiration, while the presence of patrons created a busy art market. Foreign artists sometimes spent large and formative parts of their careers in the Eternal City. It is within this long-standing tradition that Piranesi moved in 1740 from the Republic of Venice, where he was born and educated, to Rome. Before long Piranesi was sketching the ancient ruins in and around Rome and producing masterful prints that provided evocative renditions of them. Recalling the Baroque style of Rembrandt, Piranesi captured the lyrical beauty of the ruins.