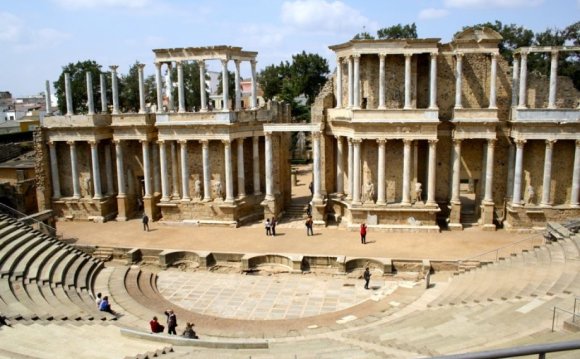 The civilization of Ancient Rome had a lasting legacy on world history. Not only did Ancient Rome cover a vast amount of land at its peak, but it also existed for almost 1000 years. The legacy of Ancient Rome is still felt today in western culture in areas such as government, law, language, architecture, engineering, and religion.

Many modern-day governments are modeled after the Roman Republic. Concepts such as balance of powers, veto, and representation all were developed and recorded by the Romans.

Roman law had a significant influence over the modern-day laws of many countries. Legal ideas like trial by jury, civil rights, contracts, personal property, legal wills, and corporations all were influenced by Roman law and the Roman way of looking at things.

The Latin language spoken by the Romans spread throughout much of Western Europe during the time of the Roman Empire. Many languages evolved from Latin. These languages are called the "Romance languages." They include French, Spanish, Portuguese, Italian, and Romanian. Around 800 million people around the world speak a Romance language today.

The buildings and architecture of Ancient Rome still influences many building designs today. The neoclassical architecture movement of the 18th century was a return to many of the ideas of the Romans. You can see the influence of Roman architecture in government buildings, large banks, and even some famous buildings like the United States Capitol Building.

The Romans changed the western world by spreading their innovations in engineering throughout the empire. They built long lasting roads that helped to increase trade and also helped their armies to quickly move about the empire. Many of these roads are still used today. The Romans were also known for their public projects. They built aqueducts to bring water into the cities for all to use. They also built public buildings like bath houses. To build many of these projects the Romans perfected concrete. Roman concrete allowed them to build strong and durable buildings at a lower cost than stone.

The latter part of the Roman Empire had a great impact on religion in Europe through the spread of Christianity. Rome was the home of the Catholic Church which would hold great influence over Europe for the next thousand years. Today, Christianity is the largest religion in the world.

Interesting Facts About the Legacy of Ancient Rome

The Legacy of Greco-Roman Civilization