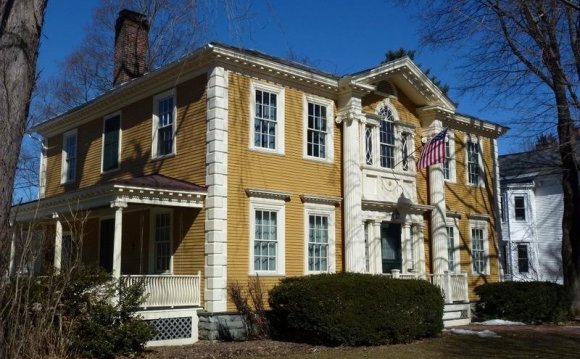 The popularity of Adam and Federal style architecture coincided with the end of Colonial America.

Federal style house plans present a formal, rigorously balanced face to the street. Rooflines can be peaked with little overhang, although larger versions sometimes feature a flat roof flanked by a decorative balustrade. Architectural details are small but telling, providing a formal feel to the living areas inside. Federal style’s close cousin is the Adam style (named not for the president but for three brothers who specialized in the style in the colonial era), which also presents an elegant and balanced façade. Adam style homes have an airy, delicate feel, with elegant and restrained details. Interior design mirrors the home's exterior symmetry, with large open rooms well-lit by numerous windows.

Large colonial homes in the Adam and Federal styles are particularly popular on the East Coast; a southern variation may feature wrought-iron railings and fencing. The modern Federal style house plan abounds with closets, pantries, and supplemental work areas for laundry, home offices and the like, lending a flexibility to the interior despite the often formal and symmetrical interior design.