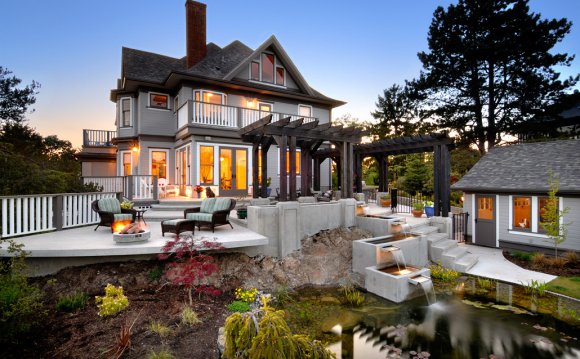 By all accounts it’s a house that people are drawn to—a storybook charmer with a French Tudor-style exterior and a welcoming facade that turns heads. “I grew up in Bloomington and remember this house, ” says Chicago-based designer Summer Thornton. “We’d go out of our way to drive by. It feels like it’s straight out of Snow White. It’s so romantic.”

Thornton’s friend and client Neil Heller agrees. Having renovated multiple houses in the area, he’d had his eye on the bewitching home for years. “It’s such a pretty place, ” Neil says. “I remember saying as a child that someday I was going to live here.”

Happily, fate intervened when the owners stopped by a house that Neil was renovating down the street and mentioned that the fairytale abode would soon be on the market. What Neil didn’t know at the time was that soon he wouldn’t be. Call it kismet, or destiny, or just old-fashioned good luck—but soon after he bought the house, Neil met the previous owners’ daughter, Jen, the two fell head-over-heels for each other, and they married.