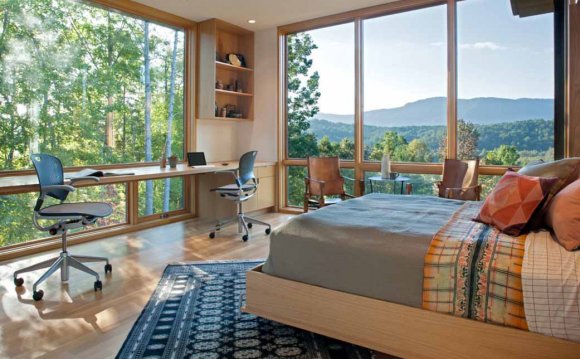 Welcome back to your favorite series discussing popular American home styles! I know, I know, it’s been a while since we last saw each other, huh?

Anyways, today we’ll be taking a look at Postmodern home styles. As we’ve done in the past, let’s start by discovering where this style even came from.

But before we do that, I’d like to make it clear that these structures are different from the Modern style. I’ll discuss this style in more detail in my next post, but Modern homes pick up where Frank Lloyd Wright left off. Modern homes focus on simplicity and functionality; this style is a far cry from that.

Okay, so now that we’re clear on that, Postmodern homes, like most movements in art and architecture, developed as a reaction to the rather stoic, boxy (some would even say boring) nature of Modern architecture. Postmodern architecture began in the United States in the 1960s and spread throughout Europe in the following years. Today, it still remains a popular home style.

The Postmodern home style incorporates elements of previous architectural styles in an exaggerated or whimsical way. Traditional, conservative designs are void in this era, and many architecture experts say it was a time of “anything goes.” (Does this remind you of another style we’ve already discussed? *cough* Victorian style *cough*).

The front façade features a plain, square face and has a centrally located chimney harkening back to early colonial homes. While the windows themselves aren’t symmetrically placed like classically designed homes, the groupings of the windows around the central entryway suggest some kind of balance also found in colonial homes.

While the back of the home is dramatically different than the front, it still eludes to balance and symmetry with the placement of windows and doors off the centrally located chimney. The hipped roof may remind you of Mansard homes from the Victorian era, and the giant arched window pays homage to the Federalist homes of the past.

Think of the Postmodern home style kind of like the more recent version of Victorian era homes. Both developed as a reaction to previous, more refined and structured architectural styles. Most importantly, they cherry-picked elements of previous architectural styles and featured them in a whimsical or exaggerated manner.

Want to learn more about some of the more popular American home styles? Check out these past Zing articles!