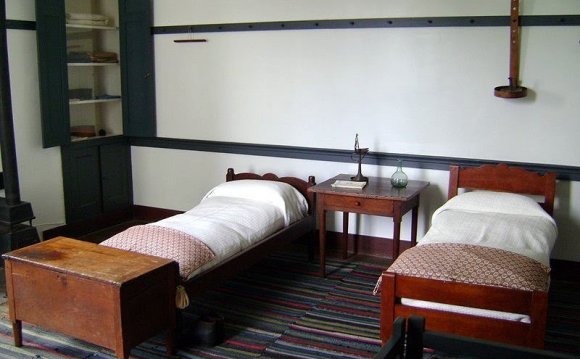 Colonial Revival is the single most popular architectural style in the United States, in great part because of its richly varied vocabulary and inherent eloquence. The name of the style reflects the late-19th-century fascination with homes built by the early English and Dutch settlers, an affection that intensified through the World War I and II years before peaking in the mid-1950s. Colonial Revival is essentially a mixture of styles, all uniquely American. Roof forms such as gabled, hipped, and gambrel identify the style’s diversity that allows a greater degree of adaptation when remodeling than do the more rigidly defined architectural styles.

Colonial revival homes built in the first wave of construction, that is, between 1880 and 1945, tend to be professionally designed and often boast interesting architectural details fashioned from highly durable materials. The so-called Neo-Colonials, built in the movement’s second wave from 1945 on, tend to dominate many of our newer suburbs; they tend to be plainer, less detailed, and more assembled than crafted. Neo-Colonials reflect the common practice of constructing a brick façade on a structure otherwise wrapped in aluminum or vinyl siding.

Clapboard and shingle are often found in the Colonial Revival, but brick is the preferred material. This is especially true for homes built after 1920 when brick veneer construction made using brick more affordable. A fine example of Colonial Revival architecture executed in brick and stone is the Woodrow Wilson house at 2340 S Street, N.W., in Washington, DC designed by architect Waddy Wood and built in 1915. An attractive brick center-hall Colonial Revival, built in the 1920s, can be seen at 3400 Newark Street NW.

Gable roofs are the typical roof form found in Colonial revival homes followed by gambrel and hip roofs. An excellent example of a Colonial revival with Gambrel roof (ca. 1900) is found at 3225 Highland Place NW in Cleveland Park. Slate shingles were commonly used until around WWII when asphalt shingles began to replace slate because of cost.

Windows are designed simply, although never reproducing the original Colonial Style primarily because, by then glass manufacturers had learned how to produce larger windowpanes that were too convenient and functional to ignore. Thus, most windows in the Neo-Colonial are rectangular with double-hung sashes, each one consisting of six, eight, nine, or even twelve panes. Multipane sashes with only a single sheet of glass serving as the lower pane, are also common.

Colonial Revivals frequently present a notable decorative entrance. This may consist of a paneled front door flanked by sidelights, a broken pediment over the door, a modest portico with columns, and perhaps a pediment supported by pilasters.