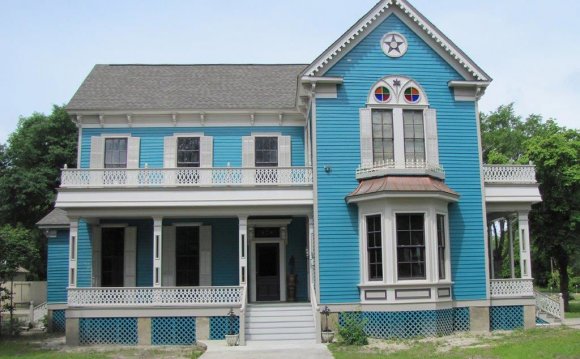 With details reminiscent of the Parthenon, stately, pillared Greek Revival homes reflect a passion for antiquity.

Many Greek Revival houses also have these features:

About the Greek Revival Style

In the mid-19th century, many prosperous Americans believed that ancient Greece represented the spirit of democracy.

Interest in British styles had waned during the bitter War of 1812. Also, many Americans sympathized with Greece's own struggles for independence in the 1820s.

During the second half of the 19th century, Gothic Revival and Italianate styles captured the American imagination. Grecian ideas faded from popularity. However, front-gable design - a trademark of the Greek Revival style - continued to influence the shape of American houses well into the 20th century. You will notice the classic front-gable design in simple "National Style" farm houses throughout the United States.