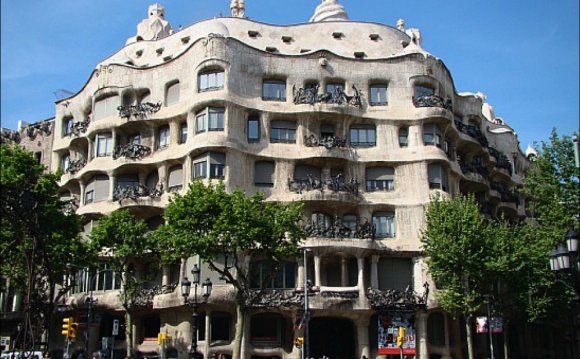 LOCALS ON THE ISLAND of Patmos, a craggy Greek beauty in the northern Dodecanese, have long embraced a custom of passing home ownership down through the female line. This made practical sense in a deadly seafaring culture; it also slipped a great deal of power into the hands of Greek women. When a new house was built, the first girl in the family took possession and gave it her name—and so it is called as long as it stands.

Greek-born Katerina Tsigarida oversees the current fortunes of five houses on Patmos, four of them scattered through the hillside village of Chora and one sequestered down along the rugged Aegean coast. The 59-year-old architect makes a worthy guardian. “Lucy’s was my first love, then gradually the others, ” she says of the townhouse in Chora that she and her husband, Dmitris, a businessman, bought in 1993, soon after their first visit to the island with their three young children. During summer vacations from their home in Thessaloniki, the couple restored the 18th-century dwelling, whose structure and carefully crafted details were decrepit but still intact. Before long they owned a handful of properties, which are now shared with an extended network of family and friends. “Not everybody on the island appreciates these houses and keeps up their original functions, ” Tsigarida remarks. “We wanted to save them, shall we say.”

Ruin is also somewhat of a tradition on Patmos, where centuries of Christian, Arab, Byzantine and Ottoman occupation stripped the island of its classical monuments—though not the volcanic cave where St. John is said to have written the Book of Revelation. In medieval times, ancient building stones were recycled in the hilltop Monastery of St. John the Theologian, whose vast grayness looms like a benevolent cloud over the whitewashed rooftops of Chora.

Nicolas Fegaros, one of the stonemasons responsible for restoring the monastery (it’s now a UNESCO World Heritage site), helped Tsigarida with her first house, and the lessons he imparted to his son-in-law and grandson on the job also made their way to her. “Patmos is a very small island, ” says the architect, who runs a contemporary practice based in Thessaloniki. “If you’re not born there, you are a foreigner. But I found a way to communicate and understand and not to put my own eye on top.” She began to see the anonymity of preservation work as a respite from her professional life. “There is not so much ego here—I try to disappear, ” she says. “Maybe dealing with contemporary architecture has helped me appreciate these houses more.”