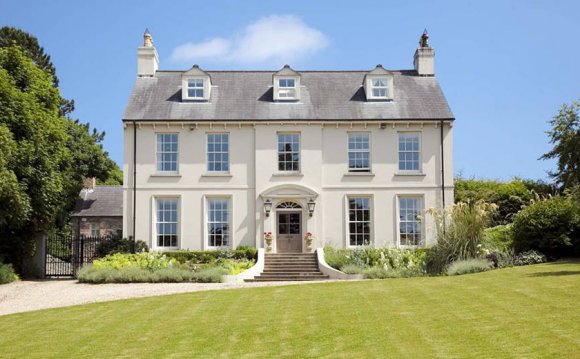 Georgian Dublin is a phrase used in terms of the history of Dublin that has two interwoven meanings:

Though strictly speaking, Georgian architecture could only exist during the reigns of the four Georges, it had its antecedents prior to 1714 and its style of building continued to be erected after 1830, until replaced by later styles named after the then monarch, Queen Victoria, i.e. Victorian.

Dublin was for much of its existence a medieval city, marked by the existence of a particular style of buildings, built on narrow winding medieval streets. The first major changes to this pattern occurred during the reign of King Charles II when the then Lord Lieutenant of Ireland, the Earl of Ormonde (later made Duke of Ormonde) issued an instruction which was to have dramatic repercussions for the city as it exists today. Though the city over the century had grown around the River Liffey, its buildings as in many other medieval centres backed onto the river, often allowing for the dumping of household waste directly into the river, it being a form of collective sewer. As Dublin's quays underwent development, Ormonde insisted that the frontages of the houses, not their rears, should face the quay sides, with a street to run along each quay. By this one development, Ormond changed the face of the city. No longer would the river be a sewer hidden between buildings. Instead it became a central feature of the city, with its quays lined by large three and four storey houses and public buildings, such as the Four Courts, the old Custom House and, later and grander, The Custom House designed, as was the Four Courts, by master architect James Gandon. For his initiative, Ormonde's name is now given to one of the city quays.

It was however only one of a number of crucial developments. As the city grew in size, stature, population and wealth, two changes were needed. (1) The existing narrow-streeted medieval city required major redevelopment, and (2) major new development of residential areas was required.

An example of Georgian opulence
A ceiling from the Dublin townhouse of Viscount Powerscourt, showing the splendour of Georgian decoration. His former townhouse was sensitively turned into a shopping centre in the 1980s.

A new body called the Wide Streets Commission was created to remodel the old medieval city. It created a network of main thoroughfares by wholescale demolition or widening of old streets or the creation of entirely new ones. On the northside of the city, a series of narrow streets were merged and widened enormously to create a new street, called Sackville Street (now called O'Connell Street). At its lower end, a new bridge (now called O'Connell Bridge) was erected, beyond which two new streets in the form of a 'V' appeared, known as Westmoreland Street and D'Olier Street. Westmoreland Street in turn led to a renamed Hoggen Green, which became because it faced unto Trinity College Dublin. The new Irish Houses of Parliament, designed by Edward Lovett Pearce, also faced onto College Green, while from College Green a new widened Dame Street led directly down to the medieval Christchurch Cathedral, Dublin, past Dublin Castle and the Royal Exchange, the latter a new building, the former in the process of rebuilding, turning it from a medieval castle to a Georgian palace.