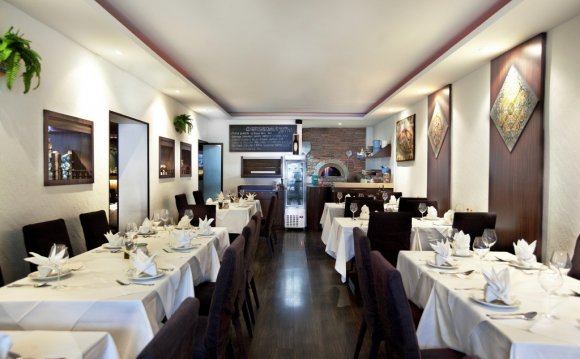 Consistently at the forefront of cultural thought and design since the 1960s, it has time and again proved provocative and inspirational – inspiring theoretical, creative and technological advances.

Prominent in the 1980s and 1990s for the part it played in Postmodernism and then in Deconstruction, in the 2000s AD has leveraged a depth and level of scrutiny not currently offered elsewhere in the design press. Topics pursued question the outcomes of technical innovations as well as the far-reaching social, cultural and environmental challenges that present themselves today in a period of increasing global uncertainty.

: 3 architects started a ‘building centre’ in a basement at 26 Bloomsbury Way, London. This was superseded by a printed publication that resulted in the Architect’s Standard Catalogue. Given away free to 4, 000 architectural practices, each page was paid for with advertising.

1932: The Architect’s Standard Catalogue was bought with another journal called Architectural Design & Construction. FE Towndrow became the Editor. AD&C now included descriptions of the latest buildings, news features on professional topics, and reviews of new materials and building methods, as well as articles of aesthetic or scholarly interest.

1942: Monica Pidgeon, AD’s, most influential editor (1946-75), began editing AD&C when Towndrow became Director of the Ministry of Works during the War.

1946: the magazine was renamed Architectural Design under Pidgeon.

AD in the 50s and 60s
After the war, Pidgeon intentionally aimed AD at young architects and students. It included features on art and new buildings alongside more practical technical articles, such as brick dimension tables and a series of basic introductory pieces on drainage and plumbing. By the mid to late 50s with Crosby as technical editor, it was, though, establishing itself as an experimental publication: the promoter of architects and writers who did not fit with the national Contemporary style, advocated by the LCC Housing Dept and the RIBA. It published those such as Team X (the Smithsons) and Goldfinger. It also became highly international, Pidgeon was involved with the organisation of the CIAM conferences and she created a network of contributors from around the world.

1953-1962: Theo Crosby joined Pidgeon as AD’s technical editor. A founding member of Pentagram, he designed the colourful covers for which it became famous and established it as a highly visual magazine.
In 1956, Crosby was responsible for organising the ‘This is Tomorrow’ exhibition at the Whitechapel Gallery in east London for which he organised for artists and architects to work together in groups.

End of 1960s: Adrian George became art editor and designed the distinctive AD logo on which the current logo is still based. It gave the magazine its powerful identity.

AD in the late 60s and early 70s
AD became synonymous with the futuristic ideas of Archigram and Cedric Price, with Price editing the seminal Cosmorama section. Its densely written scrapbook-like pages enthused over the ideas of the future – energy, space travel, communications and computer technology.

1969-73: Peter Murray joined the magazine as assistant art editor and then technical editor when Middleton left.

1975: Monica Pidgeon left AD to become Editor of the RIBA Journal.
1975: Martin Spring took over as Editor with Haig Beck as Assistant Editor.

AD in the late 70s and 80s
Under the ownership of Andreas Papadakis, Charles Jencks became an important influence on the editorial direction of AD, writing and editing issues but also proposing themes, architects and contributors.
In 1977, Papadakis published Jencks’s bestselling book Language of Post-Modern Architecture and produced the first issue of AD on Post-Modernism. Between 1977 and 1985, AD was largely focused on Post-Modernism though issues on the theme stretched on to 1991 with Post-Modernism on Trial and Post-Modern Triumphs in London (1991).
Assuming a new glossy format, AD no longer relied on advertising revenue and was sold as a book and on subscription. Papadakis raised the profile of AD internationally by holding events in London to which he invited the newly emerging architectural stars. This put the magazine at the centre of debates in architecture, covering every mutation of style and trend, most notably Postmodernism, Classicism and Deconstruction. Most notable among the classicists were Dimitri Porphyrios and Leon Krier. AD produced 3 issues on Deconstruction in the late 80s/early 90s.
The emphasis on ‘plurality’ also allowed for strong historical issues in this period with Gavin Stamp – Britain in the Thirties and Edwardian London – and Catherine Cooke writing on the Russian avant-garde, tying into the interest in Constructivism/Deconstruction.

History of architecture and design Part 13