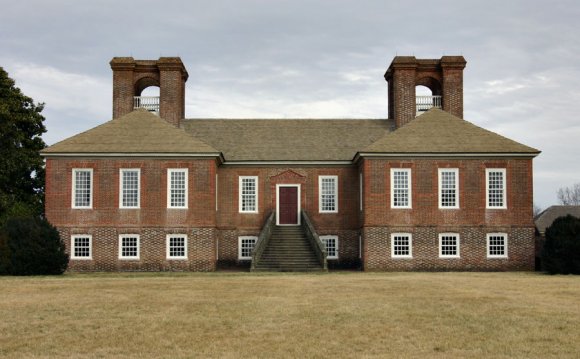 Under the Hanoverian kings Great Britain and Ireland saw the wholesale adoption of Classicism. It was the outward expression of a burgeoning admiration for the learning of Greece and Rome. Aristocrats and fashionable architects rounded out their education with a Grand Tour of Europe, viewing and sometimes sketching Classical monuments.

Georgian buildings are characterised by their symmetry and regularity of detail. Great houses and public buildings were fronted with massive pediments and colonnades inspired by ancient Greek and Roman temples.

The Early Georgian period (1714-1750) saw a revival of Palladianism. The excesses of the Baroque had created a distaste for over-decoration and Andrea Palladio's Renaissance villas were admired as reflecting the pure lines of Classical architecture. There was a political element to this change of taste. Baroque was associated with the Counter-Reformation. The Hanoverians were a firmly Protestant dynasty. Lord Burlington, who designed the fine villa above for himself at Chiswick, was a leader of the Palladian Movement.

Late Georgian fashion was more flexible. Within a symmetrical exterior, there might be Rococo interiors with delicate, flowing decoration (see right). Some architects experimented with a largely unconvincing Gothic revival, rather like a poor stage set, or with Chinoiserie and other exotica. British involvement in India had brought contact with Mughal architecture. The first attempt to imitate it was the house at Sezincote, Gloucestershire, built in 1803 for Sir Charles Cockerell, who had served in the East India Company. It was followed by the Royal Pavilion at Brighton, redesigned in Indian style for George, Prince of Wales from 1815, with Chinese-influenced interiors.