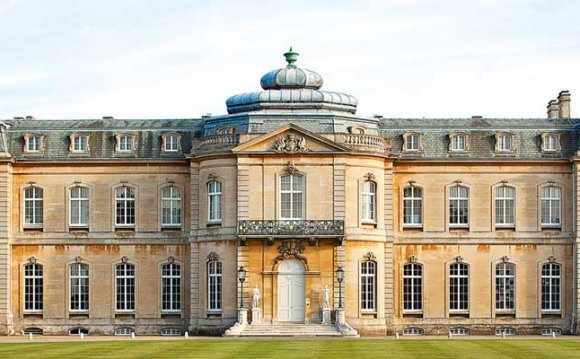 From the 18th century onwards, there was a transfer of power from crown and church to landed gentry, which was first political, then social, then architectural. The shift is marked by the sudden proliferation of houses. Think of 18th-century architecture and you think of Palladian homes in landscaped parks, whereas the emblematic works of previous centuries were castles, palaces and churches.

Housing, the idea that several dwellings could form a single architectural composition, became popular in the 18th century, as in the terraces and squares of Edinburgh New Town and the circuses and crescents of Bath. The style was plainer than in the baroque period, drawing on the earlier Renaissance style of Andrea Palladio, and famous architects such as the Adam brothers, John Wood and John Nash would turn their hand to it.

The rise of housing followed the rise of a prosperous middle class driven by the Industrial Revolution, an event that helped to reshape architecture from the 18th century until now.

With the Industrial Revolution came a new kind of city, vastly bigger than any since ancient Rome. Manchester sprung from almost nothing, as Chinese cities do today, and London grew six-fold from one end of the 19th century to the other. Railways and, later, cars and aeroplanes, collapsed distance and time, and old ideas of locality became undermined

Old ideas of authority and order were also demolished as we entered the Age of Enlightenment. At the beginning of the 18th century, British architects, like most in Europe, were trying to place themselves in a tradition going back to classical antiquity. In the 19th century Augustus Pugin, co-architect of the Houses of Parliament, declared gothic to be a morally superior style. And John Ruskin tried to define which styles of architecture were "truthful". But neither could stop the proliferation of Moorish, Hindu, Italianate, French, Byzantine, Dutch and Grecian details applied to buildings with increasing promiscuity. By the 1880s this had become dismissively called "Renaissance bric-a-brac", which gave us, among other buildings, Harrods department store.

Pugin, Ruskin and William Morris defined the central argument and contradiction of Victorian architecture, which lasted until the 20th century. All hated the industrial, and opposed it with ideas of a more natural, medieval world, yet they could not escape the fact they belonged to, and in some ways benefited from, an industrial age. Pugin needed railways so he could dash around the country designing gothic revival churches, paid for by industrial wealth. Railways also enabled Ruskin to research European architecture. Morris needed a rich bourgeoisie to buy his hand-crafted furniture.

By the end of Victoria's reign, fatigue had set in with the mindless proliferation of historic ornament and Ruskin's and Morris's ideas of a more "natural" and "honest" architecture gave birth to the Arts and Crafts movement. In parallel with art nouveau in continental Europe, but different from it, architects such as Philip Webb, Norman Shaw and Charles Voysey developed a more informal architecture, its decoration inspired by forms of nature, which aimed to bring out the inherent beauty of materials. Meanwhile, Ebenezer Howard proposed the garden city, where people could live close to greenery, rather than in the congested streets thrown up rapidly in the 19th century.

In the early 20th century Howard's ideas inspired the first garden city at Letchworth, followed by Welwyn Garden City, Hampstead Garden Suburb and, later, the postwar new town movement. Voysey's style also influenced the interwar proliferation of suburban semi-detacheds, each a miniature restatement of the ideal of living close to your own plot of land. Many would see the semi as an appalling debasement of its inspiration, but it has been one of the most effective domestic inventions of all time.

Ruskin, Morris and the Arts and Crafts movement were radical and hugely influential abroad, but in the early 20th century the Germans, French, Russians and Dutch started to lead the architectural avant garde. Britain proved resistant to the modern movement, with its celebration of the machine age. Despite inventing the Industrial Revolution, or perhaps because of it, this country didn't want to glorify it. Continental modernism arrived both late and watered down.

Reform Movements of the 19th Century